Youtuber Colin Furze has just built a homemade Hoverbike with no background in mechanical engineering, or any engineering degree for that matter.

The rambunctious YouTuber left school at the age of 16 to become a plumber before he left his trade when he decided to go full time doing gadget Geeks for Sky. He then created his own YouTube channel where he regularly uploads hilarious videos of himself creating whacked-out inventions including a thermite launcher, a jet-powered bike, the “Jettle” (essentially a jet that heats up a pot of water), an ejector bed, with his newest edition including his Hoverbike.

Colin was recently contacted by ford to “unlearn” everything he knew and put together one of the craziest inventions possible. Collin rose to that challenge and presented the YouTube community the opportunity to suggest what kind of crazy invention he create. Turns out, most people wanted to see him fly. Colin took to the drawing board and devised a device incorporating two engines attached to propellers and mounted on a frame resembling a bike. With some ingenuity and a lot of patience, Colin created the Hoverbike. 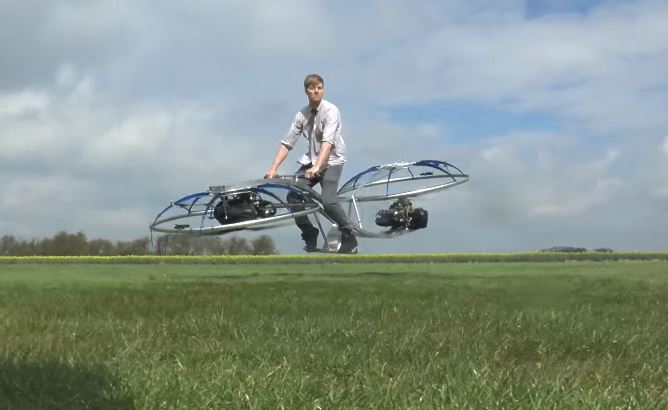 On his web page, he says

The things I make are made with tools that proper engineers would laugh at but I'm proof you don't need an expensive lathe and huge welder to create something amazing. What you do need though is a place to do stuff and the right people to help ask when needed and also someone to tell you- you will fail as that drives you on a bit more. As far as a workspace I have a good workshop at home but it's not always been like that as when I lived at me parents my dad would not let me in the big shed we had there and it wasn't until he died that I could really make stuff properly. It was quite mad as i had to do everything in my bedroom at one point i even had a lathe in there which I bought offeBayy for £70 and it was the oldest mucky thing ever which resulted in oil being sprayed up the wall at one point so if you have kids for god sake let them in the shed or at least help them.

The bike is in no way safe, but in practice, it works. Although he may not have the qualifications to do what he does, Collin leaves behind a great philosophy, that with some critical thinking and the will to succeed, anything is possible, even building your own hoverbike with absolutely no degree in engineering (although, one would have to have a certain mindset to dream up something as radical as building their own flying machine…).
You can watch more of Colin’s hilarious inventive shows on his YouTube Chanel at colinfurze, or read more about him on his webpage at collinfurze.com 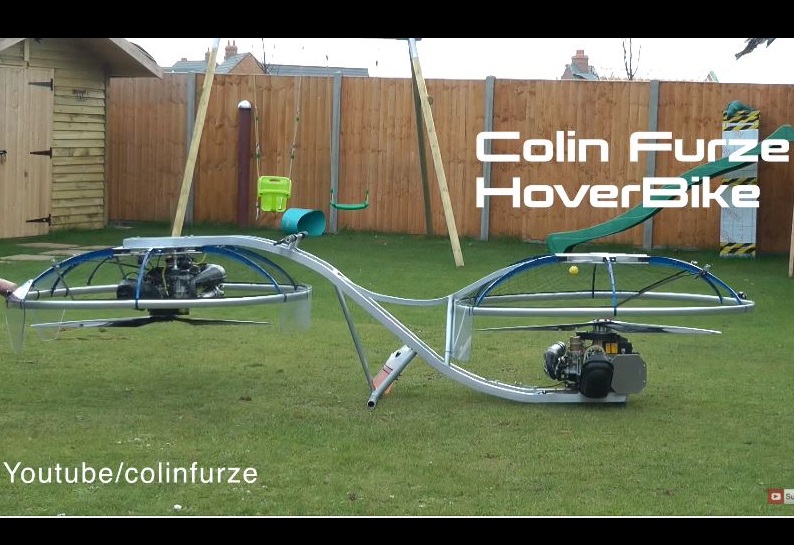 YouTuber explains and demonstrates how a self-healing polymer works