Geologists Have Just Discovered Why Roman Concrete Is Extremely Durable

Roman concrete has proven to be one of the strongest construction materials in history. It has proven itself through time even if it's been submerged underwater since its erection. But why is it particularly durable? Why has Roman concrete stood the test of time and defeated corrosion induced by seawater? A new research study conducted by the University of Utah revealed that the Romans used a particular aggregate material that reacts with seawater, which consequently improved concrete's properties over time. 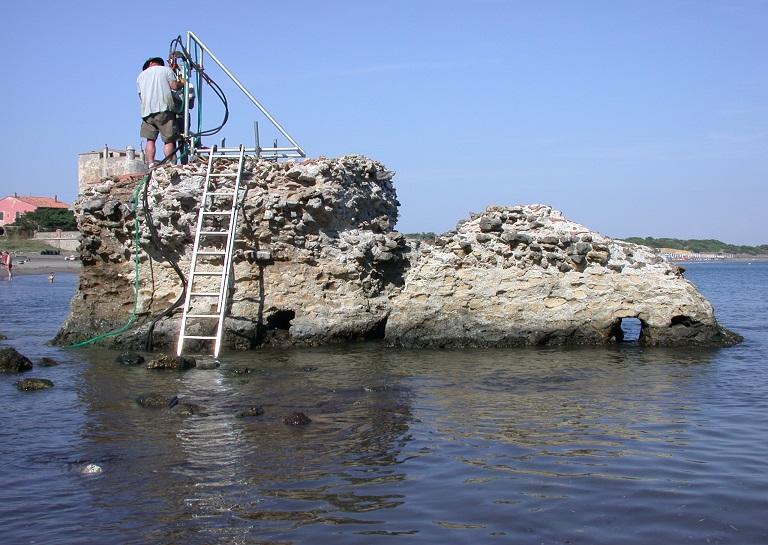 From a new research study, geologists from the University of Utah revealed the specific ingredients the Romans used to make highly durable concrete. The Romans made mortar, or cement paste, using volcanic ash with lime and seawater. They then added chunks of volcanic rock, playing the same role as aggregates, into the mortar to produce concrete. The geologists speculate that the Romans may have been influenced to use this particular mix from the naturally occurring cement volcanic ash deposits, known as tuff, that is found in the Portus Cosanus area in Tuscany.

From a previous research investigation, the geologists discovered an extremely rare mineral known as aluminous tobermorite (Al-tobermorite) used in a marine Roman mortar sample. This mineral crystal grew in lime particles by the process of pozzolanic reaction under elevated temperatures. Al-tobermorite's presence in Roman concrete baffled the researchers as they find it difficult to synthesize the mineral for it needs really high temperatures that yield only small quantities. However, in their current studies, the researchers found how the Romans managed to incorporate this mineral material in their concrete. 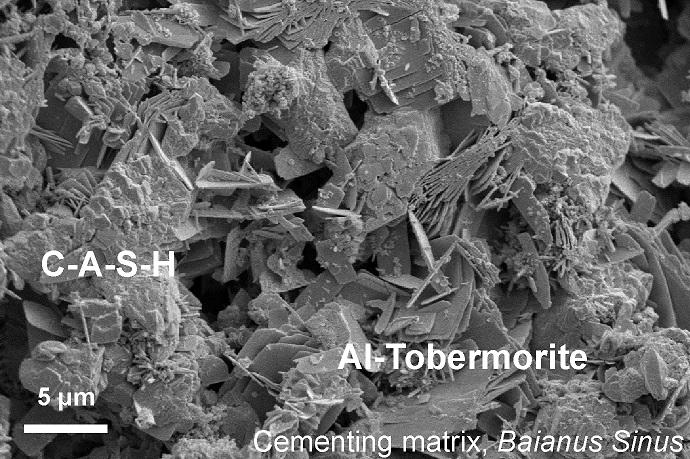 By examining drilled cores of Roman concrete using methods such as microdiffraction and microfluorescence analyses, the team found the Al-tobermorite and another type of mineral called phillipsite formed in micro pumice stones that occupied pores in the cement matrix. However, this process didn't happen during the pozzolanic curing. Instead, the minerals formed through a chemical reaction that takes place when Roman concrete makes contact with seawater.

"As geologists, we know that rocks change", said Marie Jackson, the research geologist from the University of Utah. "Change is a constant for earth materials. So how does change influence the durability of Roman structures"?

Jackson's research team found that when seawater filters through the Roman concrete structures in breakwaters and in piers, the water dissolved certain components of the volcanic ash. This results in the growth of new minerals, particularly Al-tobermorite and phillipsite, that interlocks in plate-like shapes between pores, and ultimately strengthening the cement matrix. The researchers concluded that the interlocking plate formation enhances the concrete's resistance to brittle fracture.

Could a modern version of Roman concrete be produced and used?

Jackson expressed that Roman concrete exposure to seawater would naturally be thought of as a detrimental scenario for the marine structure. But in fact, the chemical process is actually ideal for improving the strength of the Roman concrete structure even after the pozzolanic reaction.

So, could the industry just use the newly discovered science behind Roman concrete to produce modern concrete? Unfortunately not. For a starter, the precise Roman concrete recipe is nowhere to be found. And that the specific rock aggregate material the Romans used are not abundantly available in many places on Earth. "The recipe was completely lost", said Jackson. The Romans were fortunate in the type of rock they had to work with. They observed that volcanic ash grew cement to produce the tuff. We don’t have those rocks in a lot of the world, so there would have to be substitutions made".

Jackson is currently working with a geological engineer to study and come up with an alternative recipe similar to that of Roman concrete. They are using specific materials that are found on the western side of the US and the seawater in their simulations are taken from the Berkely Marina in California. One of the disadvantages of Roman concrete is that it features less compressive strength compared to modern Portland cement concrete. This specific mix of Roman concrete could be used in some construction instances but is unlikely to be utilized as a standard matrix.

Via University of Utah

SEE ALSO: Roman Arch Bridges: How Much Weight Can They Hold?