German Company Bosch Ask Its Workers to Use E-Bikes

The company is making all the arrangements to help their associate's lease e-bikes.

Bosch, the multinational Engineering, and Electronics company headquartered in Germany have come forth with a rather interesting proposition. The German behemoth is asking its 1,00,000 workers to commute on e-bikes or any ordinary emissions-free bike.

The reason behind such a request comes from the noble idea of cutting down emissions. With such a move, Bosch can combine its low emissions parts with the promotion of the company itself.

Bosch is known worldwide for its electric powertrain and related parts. They operate worldwide and manufacture a variety of mechanical and electrical parts.

The company is really serious about its vision as from February 2018. All Bosch associates will have access to normal bicycles and e-bikes from the supplier of technology and services.

Bosch isn’t asking the workers to buy but rather lease the bikes for commuting. With such an idea, the associates will be able to commute easily and effortlessly through busy city traffic.

If we look past the immediate time and fuel saving, there are also health benefits that follow. Cycling is a very physically engaging task that will increase muscle-eye coordination whilst giving a great cardio workout.

According to the company’s press release, there are about 20 million commuters in Germany, and half of them only need to travel less than 10 kilometers to reach their workplace. When people opt to use their cars for commuting such short distances, we see quite a large impact on the carbon footprint.

With e-bikes, the commuters can reach their workplaces faster, and they will be doing their part when it comes to environmental protection/preservation. The population of Germany is also on-board to this solution.

Bosch’s market study found that half of Germany’s population believe that e-bike is a viable alternative to cars, and one-third of the said population would make the transition towards using e-bikes for the daily commute. The argument of using public transport also falls flat against e-bikes as the public transit vehicles make 10 times more carbon footprint than e-bikes per kilometer.

“With this mobility offering, we want to help improve air quality in cities as well as the health of our associates,” said Christoph Kubel, The member of the board of management and director of industrial relations at Robert Bosch GmbH. “Cycling is good for body and mind. It also promotes creativity – because we don’t always have our best ideas sitting at our desks, but instead while doing things like exercise. This is why bike leasing is now one component of our working culture.” 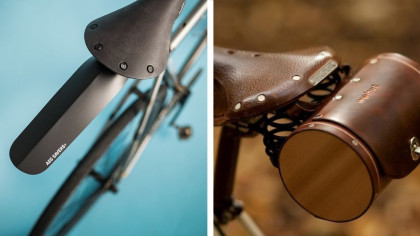 This is where the leasing part comes into play, as Bosch has guaranteed that the associates can lease bikes from registered retailers and the company will take care of the contractual side of things. The leasing amount will be deducted from the associate’s gross salary.

Considering the health and environmental impact, it is not a burden at all. In addition, they will be saving on the monthly fuel costs. The government is also supporting the cause as they are looking towards increasing the bicycle traffic to 12% – 15% in the year 2020.

“With this agreement, we have created a mobility offering for all associates. They can use the bike both for work and private purposes. Cycling keeps you fit, it is environmentally friendly, and it is often the fastest means of transport, especially in cities,” said Kerstin Mai, chairwoman of the combined works council.