Fans of James Bond will know all too well about the fictional spy's use of his trusted laser watch, the one he uses to save himself from the grips of death in the nick of time. Well, Patrick Priebe whose hobby is creating laser weapons has now come up with his own laser watch that took inspiration from 007. 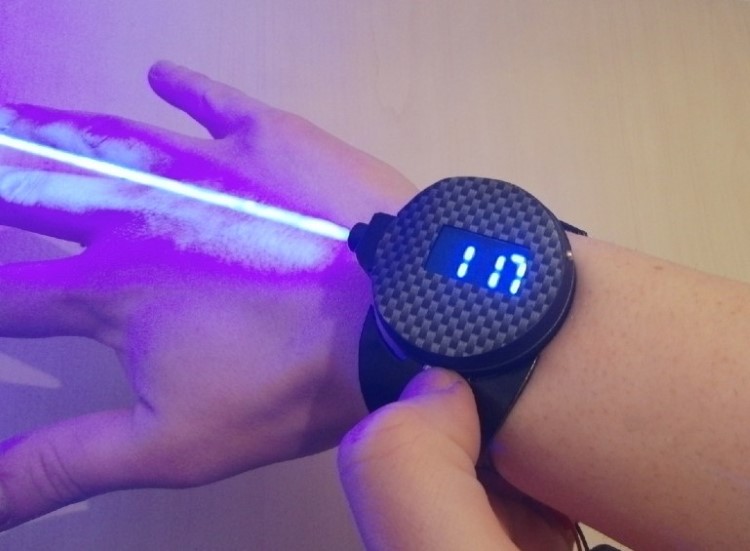 Priebe has made a version of a laser watch that comes with a machined metal body, watch face that is coated in clear carbon fibre, and has part of a salvaged LED watch module. Of course, there is another component that isn’t seen in the typical watch and this is a 1,500 mW laser.

In a video he demonstrates the lasers power by popping balloons and lighting matches from meters away and even burns through a CD case. 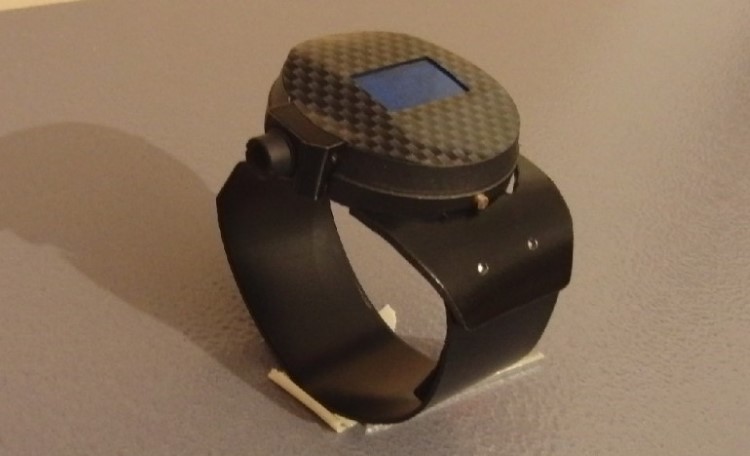 The laser on the watch is activated by a button and of course it should not be pointed at anyone and you do have to be careful to make sure that your hand and skin is out of the way. The power for the laser comes from the lithium battery that is hidden in the strap of the watch. The laser can be operated for only about 5 or 10 minutes with the battery, so if you don’t escape your bonds by then, you are out of luck.

"Some people asked me about [the watch] and I didn’t think I would ever make something like this, but I’ve made it," explained Mr Priebe. "It’s average in size, and is still a little bulky for a watch. You can’t [use] it for too long, because of the tiny battery and tiny laser module, but it is fun."

Generally the laser creations that Priebe makes are for his own use and just designed because he likes to play around with lasers. He is worried about his inventions and designs falling into the wrong hands, evident from the quote on his website: "'No plans, no schematics, no blueprints".

However, this time around he is considering making laser watches to be sold. The prototype of the watch that he made took him more than 40 hours to put together and he did say that he would not be able to sell the watch for under $300. Would you pay this to have your very own Bond-esque laser watch?