GE Aviation in partnership with Aerion has announced that they have completed the design for the first supersonic engine that will be built for business jets. They have named it GE’s AffinityTM that has the right technology for a supersonic flight.

Features of the Affinity engine

Affinity is a new engine which will be launched by GE and will have an exceptional performance for subsonic and supersonic flights. It is a unique blend of commercial reliability, advanced business jet engine technology, and military supersonic expertise.

Some of its specific features include a twin-fan turbofan, twin-shaft that is controlled by Full Authority Digital Engine Control (FADEC), which ensures complete reliability. Its advanced twin fans have the highest bypass ratio for any given supersonic jet engine.

It also has a special non-augmented supersonic exhaust system. Its durable combustor ensures high-speed operation while the use of advanced acoustic technology will enable the engine to exceed the regulatory requirements.

The engine utilized GE’s additive manufacturing technology which contributes towards optimized weight and performance of the aircraft.

According to the Vice President of GE, Brad Mottier, “In the last 50 years, business aircraft speeds have increased by less than 10 percent. Instead of going faster, cabins have increased in size and become more comfortable - and range has become longer. With large, comfortable cabin, long-range aircraft in the marketplace, the next step is speed that is made possible with GE’s Affinity.”

The future of mobility with supersonic jets

GE has successfully evaded all environmental concerns of the high fuel consumption of supersonic flights. According to the latest statement released by Tom Vice, Aerion CEO, the emissions of the new supersonic aircraft would be 20%-50% less as compared to the current aircraft standards.

The supersonic plane is designed with a view to having a range of at least 4,200 nautical miles at Mach 1.4. Aerion plans to launch its first supersonic business jet AS2 that can take its first flight in the year 2023.

The expected price of the aircraft is $120 million which is twice as expensive as the most overpriced business jet. The expected sale of this aircraft is 300 over a period of ten years, and they aim to sell 500 aircraft in total.

“Our mission is to enhance global mobility with supersonic speed, starting with business aviation, and following with successively faster and larger designs for business and commercial aviation,” Tom added. 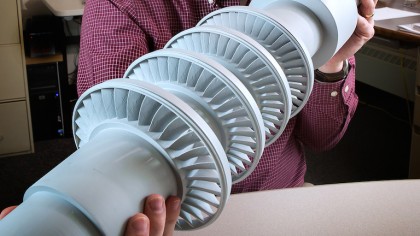 The aircraft engine is supposed to be a hybrid that would lie somewhere in between a fighter engine and an efficient airliner. It will bring about a revolution in travels because of its reduced time and efficiency.

Unlike the former version of supersonic planes, these are supposed to be more environmental-friendlier and fuel efficient. That’s how their high cost can be justified.

Nevertheless, it clearly indicates the advancements in the field of aviation and aircraft engine technology. It would not be an exaggeration to say that the future of aviation is here!