Get a Fascinating Glimpse Inside a Chinese Click Farm

New video has surfaced from inside the realm of a click farm. The footage shows thousands upon thousands of phones in a small room in what has been identified as China. These smartphones are hooked up and ready for employees to like pages requesting more likes.

The video was originally published by Daily Mail. The website reported the video originally came from a Russian filming crew and showcased 10,000 phones all used for the click farm. However, no names or specific locations were given, nor were any further details about the clip.

Social media sites such as Facebook truly started as a way to connect with others. However, the dynamic shifted when businesses and advertising got more heavily involved. For example, certain Facebook pages about seemingly random topics (i.e. favorite vegetables) can have hundreds of thousands of likes. This is despite the fact that plenty of other accounts exist lauding the merits of a particular food. How did one account get a monopoly on loving cucumbers? The answer could easily be from click farms like these. It takes a $15 investment to add thousands of likes to an account no matter the topic.

Click farms have been frowned upon but widely used by thousands of celebrities and businesses looking to bump up their social media stats. There are typically two routes people use to get thousands of followers instantly. The first option comes from Facebook itself where it promises to boost your exposure for $5 to $100 depending on the desired range. The second option is to pay a third-party site to boost numbers. Those sites employ workers at extremely low wages to physically click on and like social media accounts. The first option seems like the "right" way while the later seems "wrong."

However, a few years ago, Veritasium exposed Facebook itself for possibly using click farm methods to fulfill the "right" way of boosting numbers.

"When I paid to promote my page I gained 80,000 followers in developing countries who didn't care about Veritasium (but I wasn't aware of this at the time)," creator Derek Muller noted. "They drove my reach and engagement numbers down, basically rendering the page useless. I am not the only one who has experienced this."

A click farm doesn't just affect those aspiring social media starlets or Instagrammers wanting to become more popular. They make it harder for companies who use social media engagement as an advertising metric to determine what ads will work. 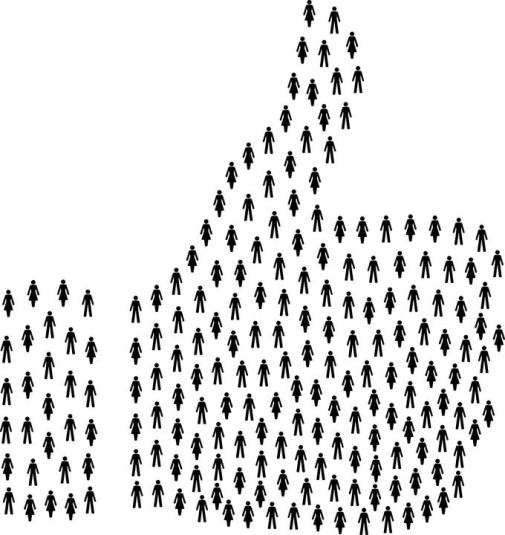 Sam DeSilva serves as an IT and outsourcing lawyer in the United Kingdom. He told the Guardian, "Potentially, a number of laws are being breached -- the consumer protection and unfair trading regulations. Effectively it's misleading the individual consumers."

Several social media platforms have tried to take steps in exposing and removing these fake accounts. Most notably, Twitter deleted millions of unused accounts specifically created for click farming. These accounts led to thousands of celebrities noticing insane drops in social media numbers. Instagram did a similar "purge" in 2014. Justin Bieber, Kim Kardashian, and Beyonce suffered some of the biggest losses in what was dubbed the "Instagram Rapture."

In short, there are hundreds of articles about how to boost social media engagement without spending a cent. Forbes, Fast Company, and metrics-specialty websites offer advice without mentioning sketchy-sounding websites or a click farm. However, until Facebook, Twitter, and Instagram do more to delegitimize the impact on raw numbers rather than engagement, sites like FollowersandLikes4U and others will continue to be popular.