Get Lost in the World’s Largest Snow Labyrinth in Poland

The labyrinth features, sculptures, knights, animals, and even a castle for those who dare to venture into it.

There is something magical about snow. No matter how old you are, snow tends to bring out the playfulness in just about everybody. It makes sense. Snow is a blank canvas for those who are creatives, inventors, and engineers at heart, allowing them to build almost anything they can imagine.

Create an art piece? Build a snowball fortress? You can do all of this in the coolness of snow. But, how about creating a massive labyrinth? Poland’s popular Snowlandia Zakopane Park just constructed something out of snow that would have the seven-year-old version of you wreathing in excitement, a massive labyrinth.

Mazes are far more popular than you think, and are a staple of many garden homes and can even be part of an attraction at an event or festival. There is something weirdly calming about mazes and can be a great time with friends and family if you do not get lost.

There is a small chance that you could get lost here. The Snowlandia Zakopane Park has just opened up the world’s largest snow labyrinth. The structure covers a whopping 2500 square meters and features a host of interesting snow sculptures and snow architecture that will have you entertained as you get lost. 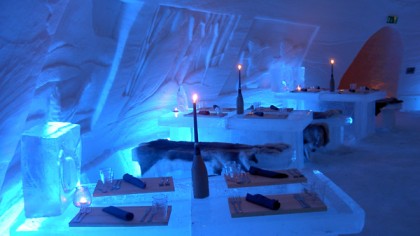 With walls that tower over the average person, the labyrinth even has a castle complete with hidden tunnels, a watchtower, and a lookout that lets you see the entire maze and all of its glory.

Lucky venturers get to see the multiple animal structures, knights, and hidden treasure laid throughout the maze.

At the mazes highest point, you can enjoy the thrills of sledding down to the base of the maze, if you are looking for a little speed. The maze brings together all the things you used to fantasize about during your snow days as a child.

Would you venture into this icy labyrinth? Are you a Maze Runner?