This Giant Blob Slime Mold can Learn Like Other Living Organisms

No, it's not the same growing creature from the 1958 horror film The Blob. This blob-like slime mold consists of one giant cell. Despite not having a brain, the blob can still learn from experience and even transmit what it learned to other slime molds.

The sci-fi-sounding research comes from biologists at the Research Center on Animal Cognition (CNRS). The blob effectively fuses its information with that of another slime mold. These unicellular organisms are called Physarum polycephalum. Naturally, they live in forest debris. However, scientists can culture them in a lab setting. 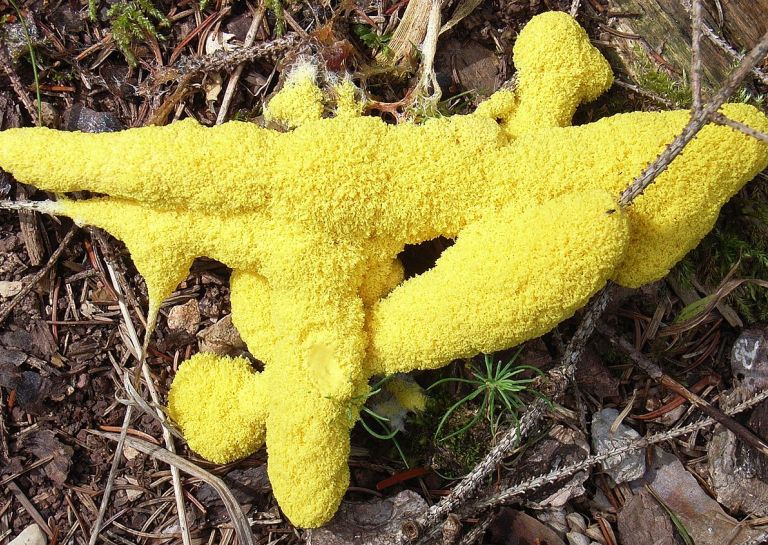 Previous research from CNRS proved that these molds can learn to overcome natural repellant (yet still harmless) items like coffee or salt. The researchers cultured over 2,000 slime molds that braved salt-laden bridges to get food. They then taught another 2,000 molds to cross bare bridges. The researchers mixed the two mold types to see which information (if any) would transfer.

However, the researchers were shocked to discover that the the mixed slime molds moved faster than naive blobs and also moved just as fast as the mixed pairs. This implies some knowledge transfer took place during the pairing. This also remained true when molds grouped into clusters of three or four. As long as one "habituated" slime mold - the one that could successfully cross a bridge - was in the mix, the other molds would also succeed.

The researchers even noted physical changes manifested in the molds. They noted after three hours of fusion, a vein formed at the point of contact. The CNRS team thinks this vein is actually the transfer point.

Now, the researchers have to figure out whether information gets transferred simultaneously between molds. Can more than one behavior be moved? How do we apply this physical information transfer to other organisms?

The full report was published in the Dec. 21, 2016 issue of Proceedings of the Royal Society.

To read more about the team's initial research with the slime mold's learning potential, check out this link here.