Influential Los Angeles architect Gin Wong, who is responsible for some of the most iconic buildings built in California in the post-war era, died this month, leaving a rich legacy.

Gin D. Wong, the man responsible for the inspirational design team behind the animated television show The Jetsons, passed away on the 1st of this month. He was 94. Although few know his name, his influence in architecture, design, and popular culture have left a footprint that remains until today. 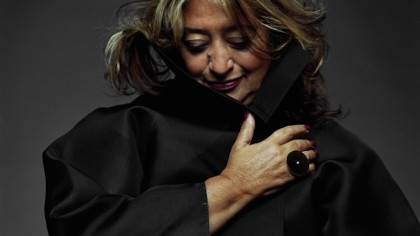 Remembering the 'Queen of the Curve' Zaha Hadid

When one looks at the architecture, and even the furniture design, of the era between the late 1950s and early 1960s, the peak of Wong’s career, the abundance of sloping and curvilinear shapes are all testament to the mood of space exploration that dominated the imagination of Americans. It was also an era where most labors was still done by hand, but many people were beginning to let their imagination create a future involving machine-assisted living.

Some might even say that The Jetsons were America’s first peak into Artificial Intelligence (AI) and automated tasks. A short catalog of Wong’s most iconic buildings, most representing mid-century modern design and his own focus on simple design and clean lines:

• The spider-like Theme Building at Los Angeles Airport, finished in 1961. It was part of a larger effort to update the airport and prepare it for jet-engine planes.

• The now closed Marineland of the Pacific theme park in the Los Angeles suburb of Palos Verdes, California, finished in 1954, which some consider a predecessor of the Disneyland park in Anaheim.

• The Transamerica Pyramid of San Francisco, finished in 1972.

The architect was born in Guangzhou, China in 1922, but after moving to Los Angeles at the age of nine, he remained a Californian for the rest of his 84 years. He fought patriotically in the U.S. Air Force during World War II, and after receiving an education and training in architecture, joined one of the most influential architecture firms in Los Angeles, Pereira & Luckman, and later Pereira & Associates.

While few would argue that his hard work and design did not afford him a comfortable life, there are many journalists and social critics who question the role that his Chinese-American identity may have had in him not receiving the credit he deserved and making his name more widely recognized, both in the field of architecture and in broader circles.

The Getty Museum in Los Angeles even organized an exhibition a few years back titled Breaking Ground: Chinese American Architects in Los Angeles (1945-1980), which prominently featured Wong. Perhaps most telling is that a quick Internet search of his name reveals more articles championing his uncredited legacy than those stating his place among well-known architects.

He shared his approach to his work with the Los Angeles Times: “I was never really close to people in the sense that I could open my heart and spill out all my problems…So I found a tranquility within myself. I plan ahead and therefore I seldom have anything to worry about.”

Masayuki Uemura, the Mind Behind the Nintendo and SNES, Has Died