You've probably seen her videos, but there is a Youtuber who spends her time building incredibly useless robots that are hilarious to watch, but incredibly unhelpful. Simone Giertz describes herself as a Maker/robotics enthusiast/non-engineer, who has become an expert in building "shitty robots." Check out the robot she designed to help her 'argue' on the internet in the video below.

By now, you are probably starting to grasp what Simone spends her time doing, and while you may not think that it is useful, her goal is to inspire people to be interested in robotics. She is a Swedish native who has spent time in San Fransisco, CA working at an Arduino manufacturer. This experience has made her a pro at building projects with Arduinos, and she uses them in almost every project. Her popularity has recently exploded after uploading the following video of a "wake-up machine" she built.

Now, obviously, none of these machines are meant to be actually useful, but their inept robotic capabilities provide another level of absurdity and hilarity to everyday tasks. In a world that tries to automate everything, Simone offers up some comical relief to tasks that probably don't need to be automated. Take clapping for example, why waste the energy when you can build yourself a robot clapping machine? See it in action below.

A machine that tries to clap for you but really just ends up losing its fake hands is what Simone Giertz's channel is all about. Other than the terrible robotic videos, she also uploads regular videos of interviews and other hilarious escapades. She even got the chance to build a popcorn hat machine with Adam Savage, former Mythbusters star. By far the most dangerous machine she has ever built is her automatic vegetable chopper, which does a really good job at chopping carrots (note: sarcasm).

Simone Giertz doesn't like working with serious things, so that has led her to this lifestyle of building hilarious robots. You can check out more awesome videos of what she does on her youtube channel here. 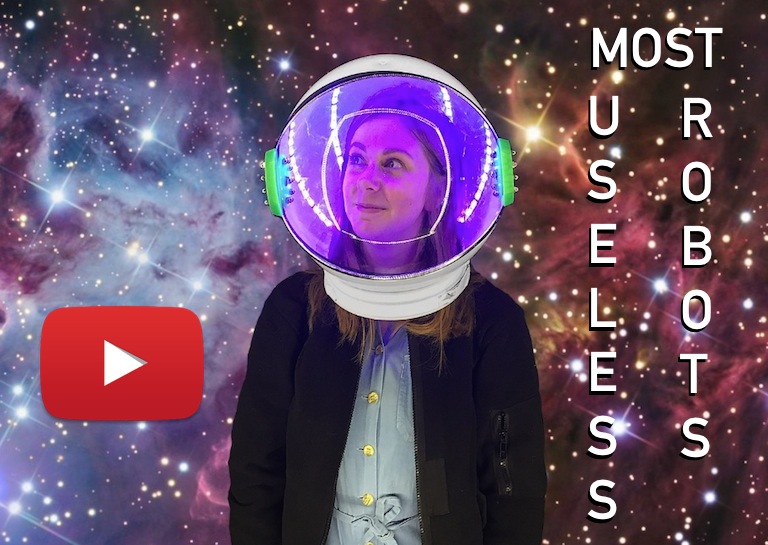