When high levels of heavy metals were found in drinking water in Flint, Mich., and Newark, N.J., a science team came forward with a new powerful tool, glowing Crystals, in cleaning up contaminated water sources. The gleaming crystals are known as Luminescent Metal-Organic Frameworks (LMOFs) which function like a miniature, and reusable sensors, that trap the heavy metals.

The simple combination of two parts hydrogen and one part oxygen forms the foundational compound of life on Earth. With two-thirds of the earth's surface covered by water and 75 percent in the human body, water circulates through the land transporting, dissolving, providing organic matter, while carrying away waste material. From cooking to recreational activities such as swimming, everything requires water. 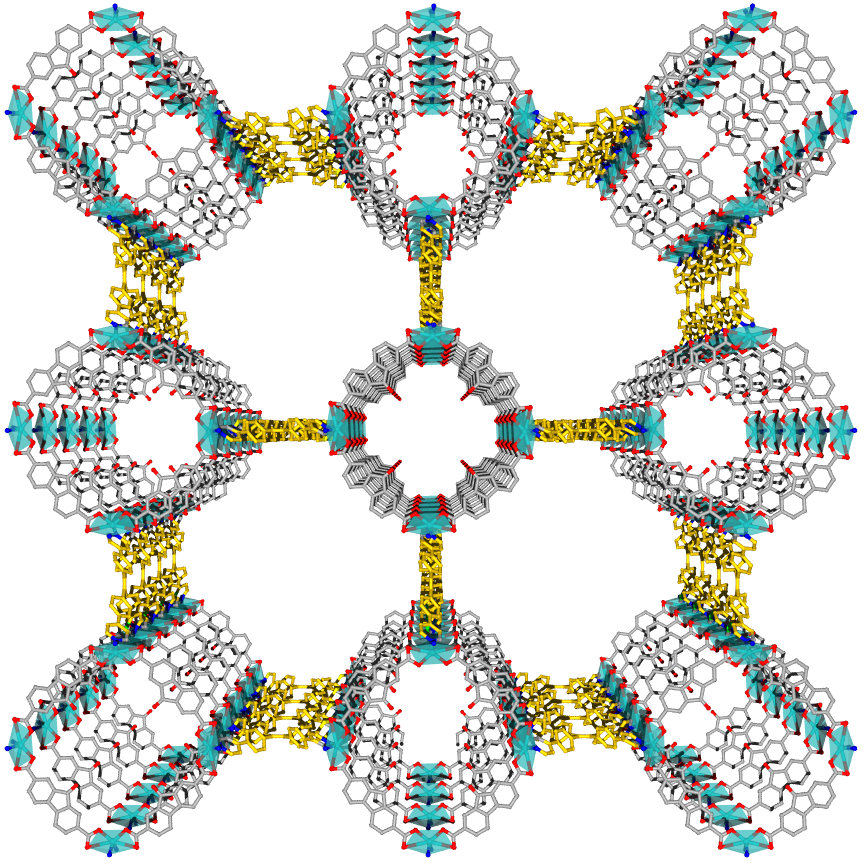 Contrary to previous epochs, our developed society has given a black eye to water quality. The embodiments of natural water channels like rivers, seas, and oceans have been exploited and contaminated. Millions struggle with finding an adequate supply of safe drinking water. Waterborne diseases are still one of the leading causes of death throughout the world.

Massive industrialized areas, outdated water regulated cities, agricultural communities are more prone to groundwater contamination. If not addressed, it can lead to soil contamination. Contaminated water can transmit diseases such diarrhea, cholera, dysentery, typhoid, and polio. Contaminated drinking water is estimated to cause 502,000 diarrheal deaths each year. According to WHO, by 2025, half of the world’s population will be living in water-stressed areas.

Led by researchers at Rutgers University, the scientists used intense X-rays at Lawrence Berkeley National Laboratory (Berkeley Lab) to probe the structure of tiny, glowing crystals which detect and capture heavy-metal toxins such as lead and mercury. The research also helped on studying about the binding of crystals to heavy metals.

“This technology could be a money saving solution. Others had developed MOFs for either the detection of heavy metals or for their removal, but nobody before had really investigated one that does both,” says Jing Li, a chemistry professor at Rutgers University who led the research.

By integrating a fluorescent chemical component Ligand, the LMOF will glow. However, during the interaction with heavy metals, the LMOF glow switches off. “When the metal binds to the fluorescent ligand, the resulting framework fluoresces,” said Simon Teat, a Berkeley Lab staff scientist.

The crystals were each measuring about 100 microns. Teat studied individual LMOF crystals with X-rays at the lab’s Advanced Light Source (ALS). The ALS is one of the few synchrotron X-ray light sources in the world which have devoted experimental stations for chemical crystallography. Under the x-ray light, the LMOF produce diffraction patterns. Using these patterns, Teat utilized software tools to map their three-dimensional structure with atomic resolution.

An isoreticular series of LMOFs are synthesized by incorporating a strongly emissive molecular fluorophore and functionally diverse colinkers into Zn-based structures. The three-dimensional porous networks of LMOF-261, -262, and -263 represent a new type of nets.

Teat noticed a grid like patterned 3D structure which contains carbon, hydrogen, oxygen, nitrogen, and zinc atoms that framed large and open channels. These atomic-scale structures allow the heavy metals to enter these open channels and then bind to the MOFs, chemically. In addition, the structural details can also assist in designing more highly specialized structures. Due to the copious surface area of the MOF, plenty of contaminants can be adsorbed. 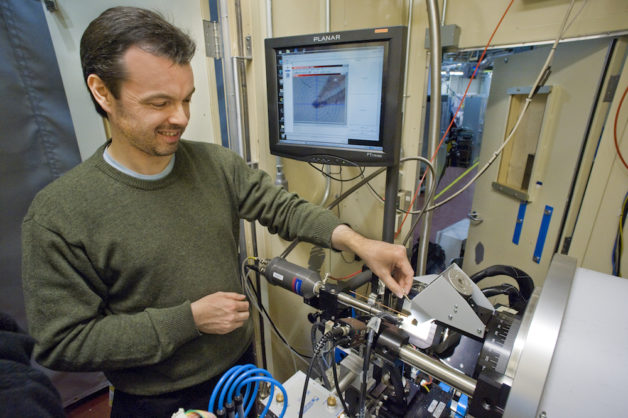 “Intense X-rays produced at synchrotrons are the best way to map the 3-D structure of the MOFs. Knowing the crystal structures is one of the most important aspects of our research. You need those in order to perform subsequent characterizations and to understand the properties of these materials,” said Jing Li.

According to the recent results published in Applied Materials and Interfaces, a mixture of heavy and light metals was tested with a type of LMOF; within a span of half hour, it could selectively take up more than 99 percent of mercury from the mixture. The team reported that in this process of detecting and capturing toxic heavy metals, no other MOFs have performed better.

In addition, researchers found that the LMOFs bind strongly to mercury and lead, but bind weakly to lighter metals such as magnesium and calcium. However, these lighter metals do not possess the same hazards. “This selective trait, based on the molecular makeup of the LMOFs, is important. We need to have an MOF that is selective and will only take the harmful species. These are promising results, but we have a long way to go,” Li said.

In addition, researchers found that prior to the LMOF performance downgrade, they could collect, clean, and then reuse the LMOFs for three cycles of toxic purification.

Li stated that further R&D could explore lower-cost and more durable LMOFs which might last for more cycles, and researchers could also pursue the development of water filters with a solid film by blending the LMOFs with polymers. “These filters could be used for capture on a larger scale. We would like to continue with this research,” she said.

With the enough funding, the science team would like to test the performance on actually contaminated water sources. In addition, Berkeley Lab’s ALS was used by the team to determine the crystal structures of MOFs for a wide variety of other applications, such as high-explosives detection, food toxin detection, and LEDs new types of light-emitting components (known as phosphors) which incorporate cheaper, and ample materials.

Researchers from the University of Texas at Dallas and Rider University also participated in this research. The work was supported by the DOE Office of Science.

SEE ALSO: Water Freezes Instead of Boiling in Carbon Nanotubes