It is no secret that women struggle more in the workplace than their male counterparts, but a new study finds these issues go all the way to the top of corporate hierarchy.

It is undoubtedly difficult for women in the workplace. Even in 2018, women struggle for gender equality across all industries.

Now, before you say anything, look at the hard statistics that are available to the public. More recently, researchers have uncovered a troubling statistic; women CEOs who are even doing well at their jobs are still more likely to be fired than men.

For the uninitiated, according to the World Economic Forum’s Global Gender Gap Report at the current rate the job industry is headed towards, it will take 217 years to close the economic gap between genders.

Moreover, women represent fewer than 50% of leaders and over the past ten years, the proportion of female leaders have only increased by 2% across the 12 industries studied in the report. Even in industries that are historically dominated by women, these industries pay less than their male counterparts.

Women CEOs in the Workplace

In The University of Alabama’s published paper, You’re Fired! Gender Disparities in CEO Dismissal, the team identified that female CEOs are about 45% more likely than male CEOs to be dismissed from their own firms. Interestingly, while a male CEOs performance may keep him from being fired the same is not true for women in the same positions.

The research came about because of raised concerns in the business press and consulting companies, and the growing trend of firing women CEOs. The University of Alabama team wanted to get to the core root of the problem with statistical evidence.

According to Dr. Sandra Mortal, co-author and associate professor in the UA Culverhouse College of Business, “Dismissing the CEO is usually viewed as evidence of good corporate governance as it suggests that the board is taking its monitoring role seriously, however, our research reveals there are invisible but serious, gender biases in how the board evaluates CEOs and its decision to retain or fire particular CEOs.” 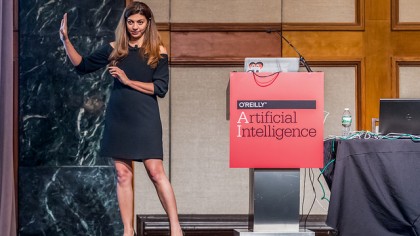 Focusing on publicly traded firms from 2000 to 2004, the research team utilized news releases and media accounts that focused on CEO departures as well as data on CEO age and continued affiliation with the firm, to determine whether a particular CEO left voluntarily.

The UA research brings to a light the pressure that women deal with even in leadership roles. Breaking through the glass ceiling is already a challenge and it seems even at the top of the corporate hierarchy, there are still barriers.

As more research highlights the gender issues that plague the industry, hopefully, society can move forward and close the gender gap far sooner than the year 2234.