Glow in the Dark Roads Begin Use in Netherlands

Researchers in the Netherlands have come up with a simplistic yet brilliant new method for road markings that comes with no bills and 100% environmentally friendly - glow in the dark roads. Yes, glow in the dark paint is being tested as both a road marker and replacement for streetlights. Genius or safety hazard? 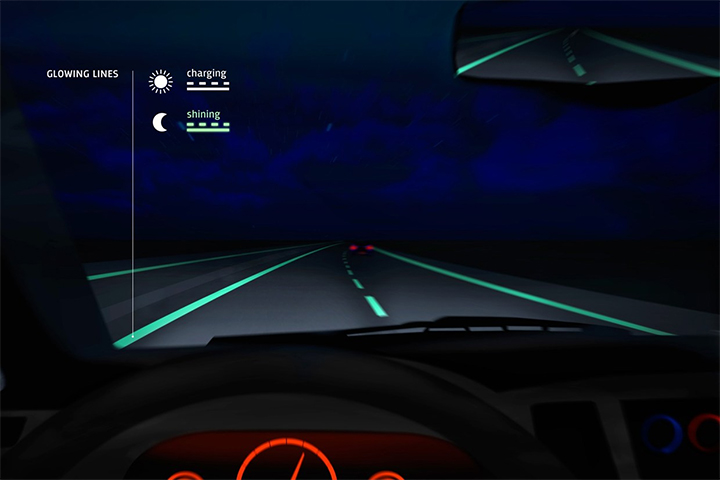 A 500m strip of highway in Oss, south-east of Amsterdam, has been marked with paint containing 'photo-luminising' paint. The paint absorbs energy during the daytime and can also absorb energy from car headlights - the energy absorbed during a day of decent exposure can produce a glow at night for 8 hours. This has allowed for the complete elimination of streetlights and subsequently, energy bills!

The designer behind the idea, Daan Roosegaarde, said during planning, "The government is shutting down streetlights at night to save money, energy is becoming much more important than we could have imagined 50 years ago. This road is about safety and envisaging a more self-sustainable and more interactive world." 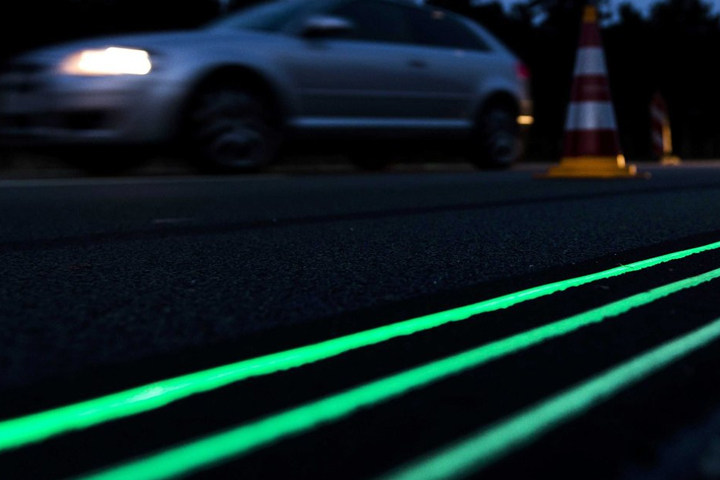 Roosegaarde Studios teamed up with Dutch civil engineering firm Heijmans to work on the idea which won the Best Future Concept at the Dutch Designer Awards. Now a 500m strip will act as a preliminary test and if successful, widespread use. Drivers may soon expect a sensation of driving through Tron with its luminescent strips.

The cheap installation costs and the totally free energy source may also offer hope to lower economy countries or areas with difficulties in installing streetlights.

The researchers have also been working on a paint that will inform drivers during icy conditions of possible slippery surfaces. The paint, which at the moment is planned to be painted in the form of snowflakes, will be visible as temperatures drop to low levels. 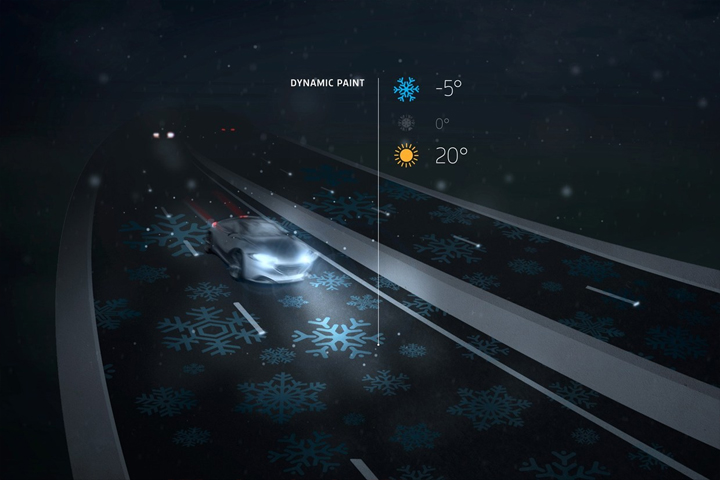 And the ideas don't stop there. Other ideas include road lights that illuminate only when vehicles approach, in order to save energy when there is no traffic, as well as road lights powered by wind generated by passing cars, and "induction priority lanes" to charge electric cars as they pass over coils under the Tarmac.

There is of course no idea as to how durable the paint strips are and part of the trial is to see how well the paint puts up with wear and tear. This could be a big factor towards future implementation, however, problems with wear and tear may simply need a quick jot back to the drawing board and a new formula for the mixture. Then again, the UK Highway Agency said there are more factors to worry about such as how far in advance road markings could be seen, how skid resistant they were, how visible they were during the day and how they would perform in winter when there are fewer hours of daylight.