Gmail's Major Redesign Allows You to Send Emails that Self-Destruct

Gmail has unveiled its most impressive redesign since 2011. The service now features snooze and nudging features as well as a confidential model with self-destructing emails.

Google unveiled its biggest Gmail redesign since 2011 on Wednesday through an announcement made by VP Product Management G Suite David Thacker. The statement said the updates were released “to help the more than 4 million paying businesses that use G Suite work safer, smarter and more efficiently.”

The news is not unexpected, however. The updates were leaked earlier this month.

The new Gmail will also not be available immediately. When it does become available, users will be able to try the new service and, if unhappy, return to the older version at any time through the gear menu.

The redesign offers a variety of upgrades including a new look, nudging and snooze features and the confidential mode complete with self-destructing emails. This last feature has garnered the most attention.

Confidential mode allows Gmail users to put an expiration date on and even revoke sent messages. An extra feature, allowing the sender to request additional authentication via text message to view an email, has also been added as an additional security measure. 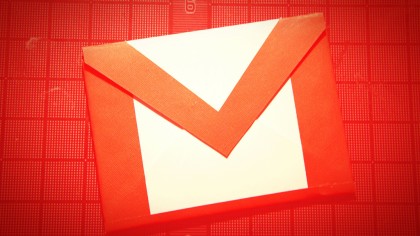 10 Gmail Search Tips That Will Help You Find Emails Quickly

The new mode came about in response to recent events. Google's lead product manager for Gmail Jacob Bank told TechRepublic that 2016 was "a very bad year for email, in particular for the public perception of the safety of email as a communication mechanism" due to "some very, very high-profile leaks that had serious global consequences."

Confidential mode also gives the sender the option of blocking the receiver from forwarding the email, or copying and pasting its contents. This measure decreases the risk that any of the sender’s information is shared with unintended recipients.

"What we've seen, especially in business scenarios, is that lots of these leaks happen accidentally or near accidentally. They didn't realize they weren't supposed to forward the email, or they saw 'Do not forward' but they didn't think it applied to them and hitting the forward button was just so easy," explained Bank.

Bank said the new mode would also deter hackers. "We think this will dramatically cut down on hacker's abilities to access sensitive information when they gain access to a recipient's account," he added.

The rest of Gmail’s features are intelligent additions for improving the user’s experience. The nudging feature, for instance, recognizes emails that may require a time-sensitive action and reminds the user, while the snooze option allows you to halt communications until a certain time period such as “later today,” “tomorrow,” and “this weekend.”

Bank said Gmail’s new intelligent features are designed to "help people better manage the torrent of incoming email, solve the email-overload problem, or at least make it less devastating." He added that the features “have been incredibly popular internally.”

By popular request, Google also now includes a dependable native offline mode. Users can finally access and work with their standard Gmail tab even when internet connection is not available.