You Go Temporarily Blind After Glancing at Your Smartphone at Night

If you are one of those people who cannot fall asleep without spending hours staring at your phone screen scrolling through social media, you may want to reconsider. We all do it, and we all probably also know that it is not good for us, but science is offering another blow to our nightly ritual. A new study which focused in on women who checked their phones at night has shown that they may occasionally experience blindness for up to 15 minutes at a time after staring at the screen. The research was published in The New England Journal of Medicine and it points to "transient monocular vision loss" when screens are checked with one eye open at night.

Temporary blindness was not seen in every patient observed, and it was most heavily seen in two female patients. The first was 22-years-old who was presented with months of history showing vision impairment from checking her smartphone. The second patient was a 40-year-old woman who presented the longest bouts of vision loss, lasting up to 15 minutes, according to the Guardian. 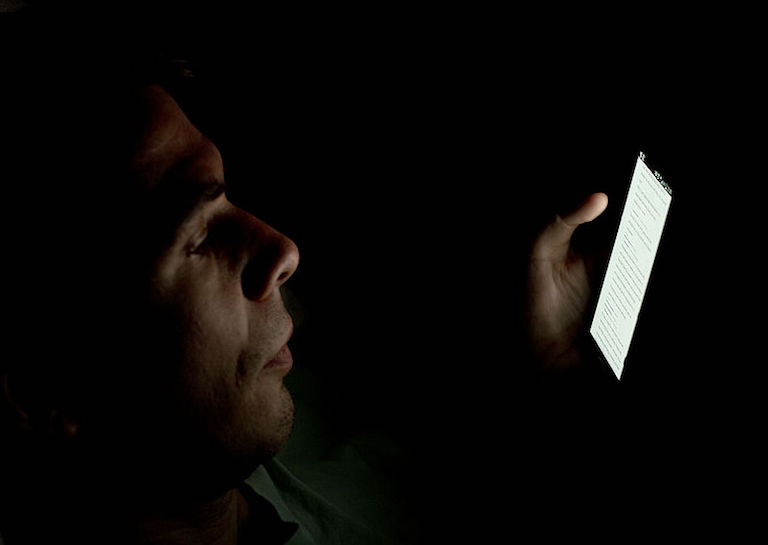 For the most part, scientists are unsure of how detrimental this process could be to your vision. Temporary blindness in one eye is avoidable if you simply look at your phone screen with both eyes at night, and this is what is recommended. However, even though you can mitigate the risk of temporary blindness, other studies show that smartphone browsing before sleep can cause a whole slew of problems, so it is better to avoid it.

7 Coolest Smartphone-Controlled Gadgets to Level Up Your Fun