The first installment of the Star Wars anthology series release, Rogue One: A Star Wars Story, gets one wondering if George Lucas had any scientific basis for his outlandish technology featured in the Star Wars films.

Rogue One introduces the character Jyn Erso, the daughter of a weapons engineer and the unwilling designer of the Galactic Empire’s superweapon, the Death Star - a true engineering miracle. The film toys with idea that technology can have a great deal of impact on life and death.

Lucas's films include unlikely heroes wielding some unearthly engineering marvels. From lightsabers to droid blasters, this galactic fusion includes some of the most bizarre armaments ever created. But could we ever expect to see anything of this magnitude in reality? 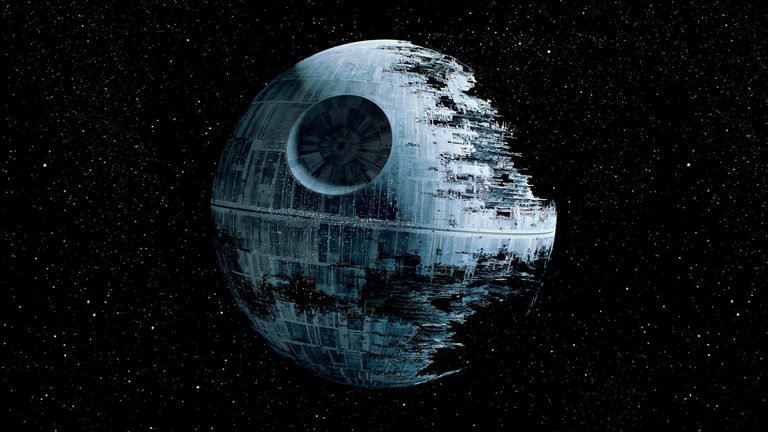 The Death star is a fictional mobile space station and is 1/25th the size of earth’s moon. This Star Wars galactic superweapon dubbed the DS-1 is 87 miles in diameter. The purpose of this mega fortress is the destruction of enemy planets using its equipped super lasers. But if the Death Star was real, how much energy would it take to actually destroy a planet?

Astrophysicist Ethan Siegel said annihilating a planet the size of the earth with a ‘super-laser’ requires an astonishing 2.24 x 10^32 joules. To put that in perspective, the sun emits 3.8 x 10^26 joules per second. Therefore, the Death Star would have to store that energy. It would take a week before it had enough energy to power its super laser.

Additionally, even if this fortress could store that much energy, it is a solid mass, floating in space projecting yotta joules of energy in a single direction. This would catapult the Death Star at almost 50 miles/s in the opposite direction, which would not be Darth Vaders Finest moment.

But what if we were to use an alternative method, such as antimatter? When matter and antimatter come into contact, they annihilate each other. Only half the energy would be required to destroy a planet. The other half gets supplied by the matter of the planet itself. In addition, when antimatter and matter collide, they release pure energy. If this energy remains greater than the gravitational binding energy of the planet, it could have unbounded effects.

Now if only one managed to find an efficient way to store antimatter, a Star Wars Death Star-like power projection might not be so far-fetched.

But perhaps a more practical solution would be a fleet of starships heavily loaded with nuclear devices and kinetic energy weapons. That way, with enough pulverizing, they might come to crack the planet's crust. If it ever came to it, we could keep the Triad of Evil in check.

What if the moon crashed into earth? Here's the science behind 'Moonfall'