Golden Goose scrambles egg in its own shell

A new kitchen gadget called the Golden Goose can scramble an egg in its own shell. The designer behind the $17 device is Chicago-based designer Geraint Krumpe, who has now launched a Kickstarter campaign to help get his creation into the markets as early as before the end of the year. 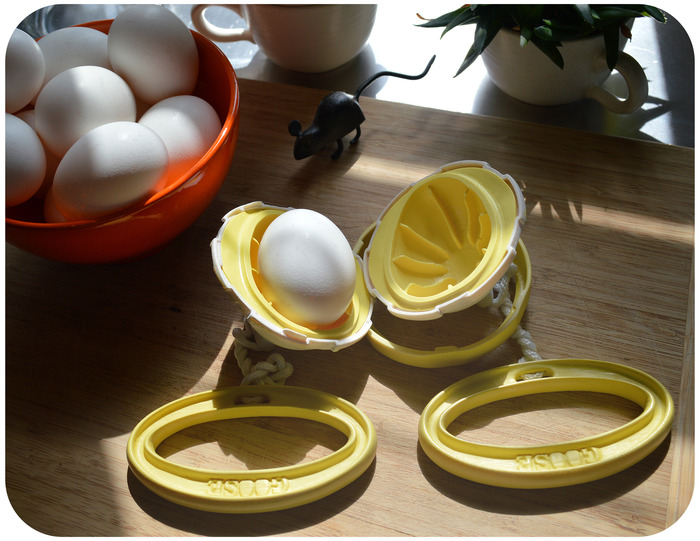 The egg sits in the middle of the contraption and pulling on the two chords causes the egg to shake and mixes the contents inside its own shell. You may ask yourself why you wouldn't just crack the egg open and scramble it with a whisk or a fork, but designer Krumpe claims that the taste is better, as it prevents air from getting into the yolk. 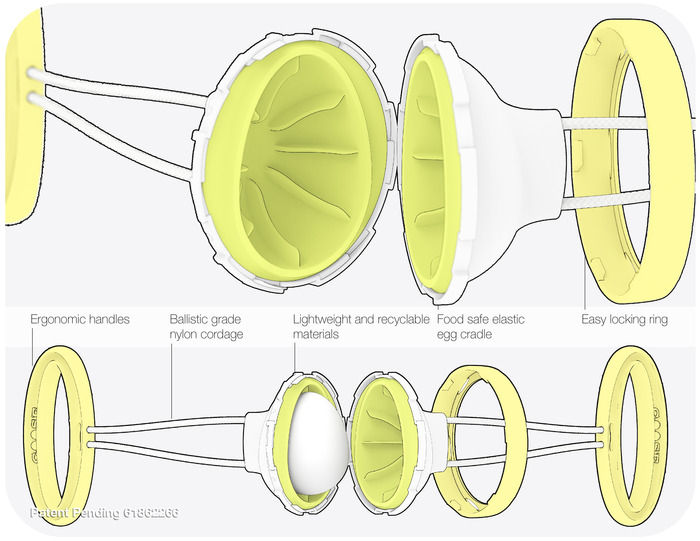 "If you've enjoyed some of the many culinary innovations lately, you may be aware of a rare treat known as ‘the golden egg’. Most people have never tasted the exquisite flavor of an In-shell Scrambled Egg," states his Kickstarter campaign.

The utensil is the first of its kind specifically designed for scrambling an egg in its own shell, however, the same technique can be mimicked using a t-shirt or a pair of tights and some elastic bands. Just pop the egg in a pair of tights, secure with an elastic band and twist the ends up. Once both sides are fully twisted you pull hard on both sides causing the tights to unravel and shake the egg up, mixing the interior parts.

Another cool trick, you can check if the egg is scrambled by taking it into a dark room and shining a light through it. If the egg is properly mixed it will appear red, if it's not mixed enough then the egg will glow yellow under the light.

Krumpe even says himself that "The Goose is for Fun. It’s not going to change the world," but at the very least it will make for less dishes at the washing-up stage which gets a thumbs up from us.