This Thursday, Google announced the introduction of its latest improved feature for Google Assistant called Continued Conversation. The upgrade, available in US English on Google Home, Google Home Mini and Google Home Max, is set to make interacting with the virtual assistant more natural and intuitive.

"We’ve heard from a lot of people that adding “Hey Google” before each follow-up question for the Assistant doesn’t feel as natural as they’d like. We announced Continued Conversation at I/O as an optional setting which lets you have a natural back-and-forth conversation with the Assistant without repeating “Hey Google” for each follow-up request," said Jaclyn Konzelmann Product Manager at Google Assistant in a statement.

What this means is that you can now ask Google Assistant follow-up questions or add assigned tasks without having to repeat “Hey Google” each time. To stop the device from functioning you can then simply say “thank you” or “stop.”

The Assistant device still needs to be activated with the wake words “Hey Google,” “Ok Google” or with a physical trigger. However, the device will now stay active long enough to receive additional requests.

For those fearing their virtual assistant might continue listening to them all the time, Google explains that once triggered the device remains active for only eight seconds. The assistant also has LEDs that indicate when it is turned on.

Continued Conversation can be activated through the Settings menu in the Preference section. This means squeamish Assistant users can avoid the feature altogether and stick to their good old trusted version.

However, Konzelmann believes this is an upgrade not to be missed. "With today’s update, your conversations with the Google Assistant will be more natural and intuitive than they’ve ever been—your Google Assistant is growing up," she said.

The news comes just one day after Sony announced they would be bringing Google Assistant to select Sony 4K HDR televisions with Android TV. The Assistant would be built into the appliances to improve the services offered. 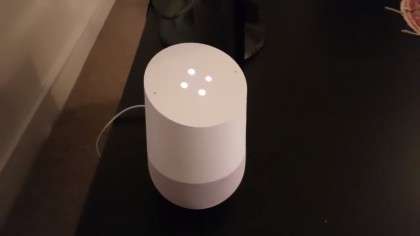 Google Home Voice Assistant Tailors Responses Based on Your Accent

"The Google Assistant turns a compatible Sony television with Android TV into a complete entertainment-cum-smart home hub. Users can make voice commands to watch a movie or their favourite TV series on Google Play and other popular services – simply by saying ‘play Jumanji: Welcome to the Jungleon Google Play’ you can launch the app," said Sony's statement.

The Assistant has begun rolling out across Sony televisions in the UK "with completion on all compatible models expected in June 2018." France, Germany, Spain and the Netherlands are also expected to receive this upgrade to their television models by the end of this year.

Google Assistant is not only growing up it seems. It is also expanding!