Plenty of kids write letters or send messages to their heroes daily. However, few expect such interesting replies, if they even receive a reply at all. Seven-year-old Chloe Bridgewater sent her letter to "Google boss" Sundar Pichai to request a job at Google. 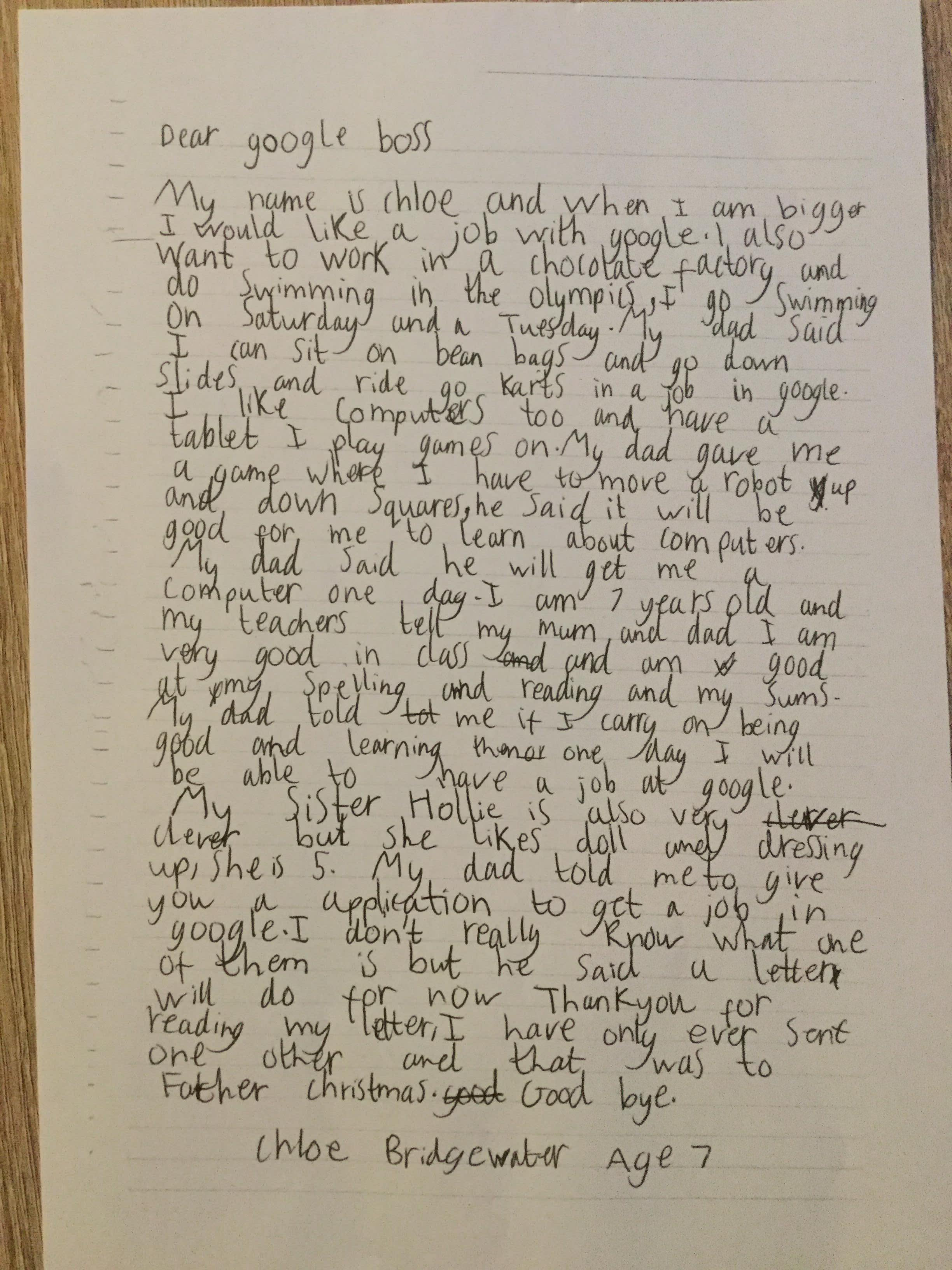 Her father shared the letter with Business Insider, and Chloe's letter has been going viral with its simple tenacity.

My name is Chloe and when I am bigger I would like a job with Google. I also want to work in a chocolate factory and do swimming in the Olympics. ... My dad told me if I carry on being good and learning then one day may I will be able to have a job at Google. ...

My dad told me to give you an application ... I don't really know what one of them is but he said a letter will do for now. Thank you for reading my letter, I have only ever sent one other and that was to Father Christmas. Good bye.

We definitely think Chloe is on to something. After all, Google is the magical job with "bean bags, go-karts and slides," her dad, Andy Bridgewater, noted in a LinkedIn post. According to him, those elements of fun was all it took to inspire the letter.

However, the bigger shock came when Pichai responded. 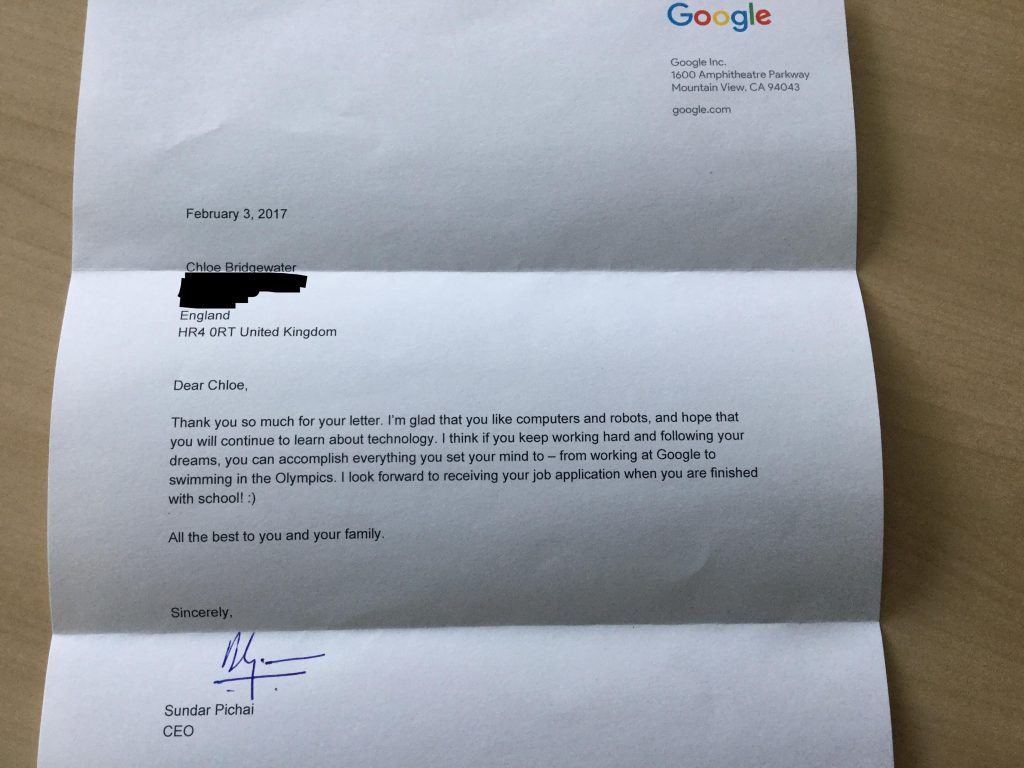 "I look forward to receiving your job application when you are finished with school," the 44-year-old CEO said.

Chloe suffered an injury, according to her father, but this note brought a lot of confidence back to her.

"She is now even more eager to do well at school and work for Google," wrote Andy. "Can't thank such a busy person enough to take time out to make a little girl's dream become one step closer, although not sure she's fully aware that it'll take more than riding go karts and sleeping in pods to make it with Google!"

SEE ALSO: Tesla Will Fix Model S for Man Who Used His Car to Save Another Driver