CEO of Google Sundar Pichai will reportedly meet with top US military officials to discuss the company’s Artificial Intelligence business in China.

According to a Bloomberg report, the meeting will take place today. The meeting was likely triggered after General Dunford’s made remarks during a Senate hearing committee.

SEE ALSO: WHY CHINESE ARTIFICIAL INTELLIGENCE WILL RUN THE WORLD

It says its activities in China relate to education, research on natural language, market algorithms, and globally available tools. 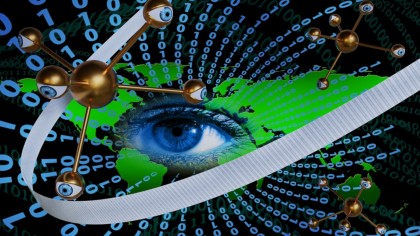 What Does Google Know About You?

At a talk last week at the Atlantic Council, Gen. Dunford said, “This is not about me and Google. This is about us looking at the second- and third-order of effects of our business ventures in China, Chinese form of government, and the impact it’s going to have on the United States’ ability to maintain a competitive military advantage.”

Google opened an AI lab in Beijing back in 2017. The lab's activities have been heavily criticized by the US government who suspect the tech giant of siding with China. Google is developing its cloud-computing business which relies heavily on its own AI expertise.

This sector of Google could be an area of substantial potential revenue outside of advertising. Both China and the Pentagon are potential clients of the internet-based services. Amazon.com Inc and Microsoft Corp are already in a deal with China for cloud-sharing technology.

Google is seen as having something to prove to the United States government after it announced last year that it would not renew a contract to help the U.S military analyze drone imagery. The deal between Google and the military caused a backlash from Google employees who objected to the technologies possible use in warfare.

The program called Project Maven, caused Google employees to strike until the announcement of non-renewal was made. Republican Senator Josh Hawley took aim at Google during the Senate Armed Services Committee hearing on Thursday, referring to it as "a supposedly American company."

Google appeared before Congress in December to answer questions about the censored search engine the company was reportedly developing for China. Pichai said that the search engine wasn’t being released ‘right now’ but didn’t rule out its launch in the future.

“One of the things that's important to us as a company, we have a stated mission of providing users with information, and so we always think it's in our duty to explore possibilities to give users access to information. I have a commitment, but as I've said earlier on this we'll be very thoughtful, and we'll engage wide as we make progress,” he said during questioning.

Google Has Banned Zoom From Employees in Light of 'Security Vulnerabilities'