Adventure seekers and world travelers, avert your eyes! Google's latest series will leave you yearning for the next big excursion. Google Earth has always been a rabbit hole for those who love far off places, but now the app immerses users more now than ever before.

The update introduces Google Voyager, a set of prepackaged street level expeditions perfect for anyone wanting to go beyond a visual tour. Voyager includes a slew of new experiences -- everything ranging from exploring U.S. national parks to swimming with sharks. They also tack on 360 videos to add an even more immersive experience. To access the virtual trips, simply click on the new ship's wheel icon.

The new app also updates a few key favorites. Ordinary street view now comes with information cards for particular areas, as if you had a tourists brochure walking down an unfamiliar street. Certain landmarks like the Eiffel Tower and Statue of Liberty also get their own unique Knowledge Cards. These locations are supposed to be random (despite some of them being a little more obvious than others). However, the company says the number of Knowledge Cards will grow over time. It's the perfect excuse to keep logging back into Google Earth to check for new places to explore. 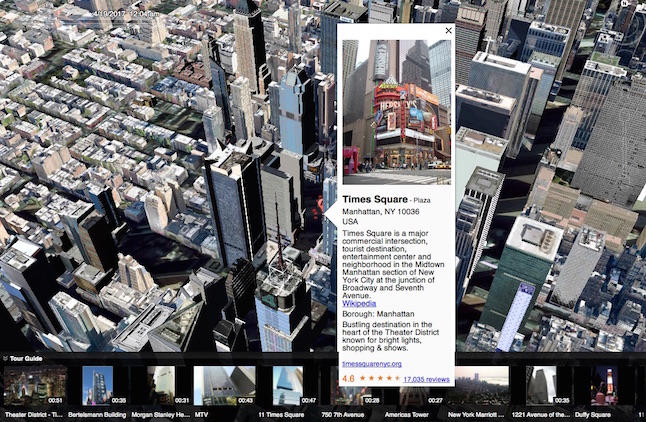 Don't know where to go after rediscovering your favorite places and spaces? The "I'm feeling lucky" feature is here to help. Google's classic web page generator now moved to Earth, and it's similar to hopping on an unlabeled flight and winding up somewhere exciting. 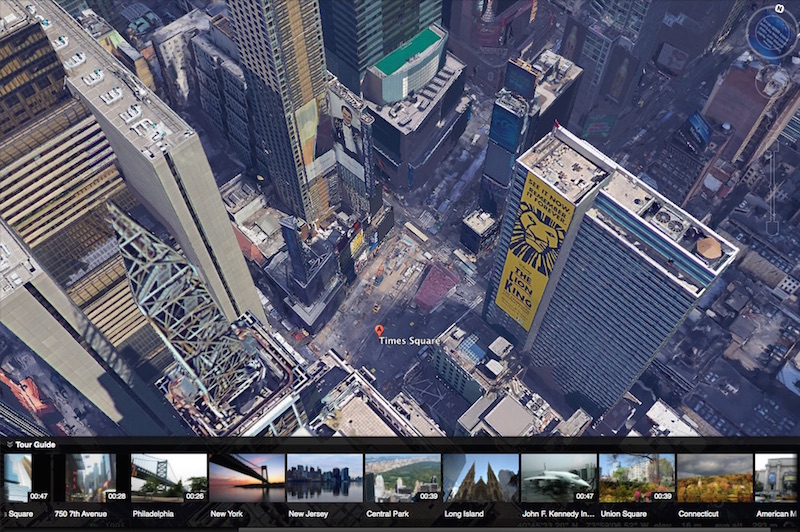 One of the most notable features of the refreshed Google Earth is that is it's finally accessible by a browser. It's perfect for a classroom setting and even simpler to use.

Despite an updated appearance, there are still a few things which Google Earth lacks. For example, Google has yet to add VR-friendly functions to it (which is a shock given the popularity of YouTube 360). Also, while it's great to finally have Earth accessible on a desktop or laptop, it's only available on Chrome for now. However, Google noted that they plan on expanding Earth's reach to function on all major web browsers.

Need something even more intense to satisfy the travel bug? Google Earth and those new add-ons now support Oculus Rift with Touch. The company noted:

"Google Earth VR gives you the opportunity to easily explore the world and discover new places. We made sure that navigating the planet in Earth VR on Rift with Touch feels natural, comfortable, and immersive, so that even more people can fly over cities and stand on top of mountains in VR. We thought a lot about the button mapping to make sure it was intuitive and took advantage of the Touch controllers’ precise analog sticks, which are a great fit for the way you move around in Earth VR."

The VR feature also comes with a quick search feature, so if you'd like to soar over and find your house, you can now do so in seconds.

However, one thing is certainly true: "You use Maps to find your way, Earth to get lost."

To explore, you can check out the new Google Earth here.