Some Google employees have resigned due to the company's controversial involvement in the US Defense Department's Project Maven. The program will see AI used to flag objects in drone footage.

By  Loukia Papadopoulos
May 22, 2018
US Defense Department

Nearly a dozen Google employees have resigned according to Gizmodo due to the company's involvement in military pilot program Project Maven. Run by the United States Defense Department, the program aims to use machine learning and artificial intelligence (AI) in analyzing drone footage.

Google employees have resigned due to the company's controversial involvement in the US Defense Department's Project Maven. The program will see AI used to flag objects in drone footage.

Over 4,000 employees had already signed an internal petition asking that Google's involvement in Project Maven ceases and that a policy is drafted that would ensure the company would not partake in building warfare technology. “We believe that Google should not be in the business of war,” stated the petition.

The Tech Workers Coalition also launched a petition in April demanding that all tech giants refuse to work with the Defense Department. In addition, this month, over 90 academics in technology sectors signed an open letter demanding the end of Google's participation in Project Maven and the creation of an international treaty prohibiting autonomous weapons systems.

Project Maven was established in 2017 with the intention of having AI analyze and flag potentially interesting objects from drone footage to then be reviewed by a human analyst. “People and computers will work symbiotically to increase the ability of weapon systems to detect objects,” had said Drew Cukor, chief of the Department of Defence’s Algorithmic Warfare Cross-Function Team in a statement released by the Defense Department.

The announcement had caused some uproar and in response, Google had attempted to clarify its intentions for the project. A spokeswoman for the firm had told Bloomberg that “the technology flags images for human review, and is for non-offensive uses only.”

"Military use of machine learning naturally raises valid concerns. We’re actively discussing this important topic internally and with others as we continue to develop policies and safeguards around the development and use of our machine learning technologies," had added the spokeswoman.

The news had come as a shock to many as the tech giant so far had been careful not to be associated with military operations. The company had previously even pulled one of its robots from a Pentagon-organized competition to avoid any negative backlash.

Google’s change in attitude toward military projects may be due to growing threatening competition from Microsoft and other rivals. The US government and Pentagon are big technology customers with growing demand. 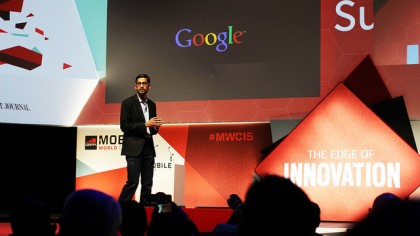 Regardless of the reasons for Google’s change of heart, the firm’s employees are not happy. According to Gizmodo, the “resigning employees’ frustrations range from particular ethical concerns over the use of artificial intelligence in drone warfare to broader worries about Google’s political decisions—and the erosion of user trust that could result from these actions.”

These employees wrote accounts detailing the reasons for their resignations that were communicated to Gizmodo by multiple sources. The reasons cited were a decrease in transparency from executives and the rejection of employee’s concerns over participation in controversial military-linked projects.

So far their efforts seem to have gone in vain. Google has not rescinded on its Project Maven collaboration and employees have reported that executives are continuing to defend the firm's involvement in the program.