Google Glass Is Back From the Dead With New Enterprise Edition

If you thought Google Glass had died because it was creepy and weird, think again. The futuristic technology is back better than ever. But this time around, don’t expect to see the glasses to be worn by the nerdy guy on the subway. Google Glass V2.0 is called “Glass Enterprise Edition” and is aimed at industries where they can help workers do their job better. The new glasses come out of the best branch of Google, Alphabet X.

We last heard from Google Glass back in 2015, when the tech giant, thanking users for "exploring" with them, shut the Glass website and stopped selling the $1500 product. The company did continue to supply its enterprise level consumers like GE, Boeing DHL and AGCO.

Some of these businesses have adapted to the use of Google Glass so well they have made massive reductions in production time. AGCO, an American agricultural equipment manufacturer, based in Duluth, Georgia, reduced their production times by 25%. Similarly, DHL increased supply chain efficiency by 15 percent after integrating Google Glass into their systems.

The use of Google Glass in the medical sector has also seen massive effects. It has been reported that doctors using the glasses reduced paperwork loads by 20 percent and could increase time with patients by up to 50 percent. All these statistics came from using the first edition Glass. Buoyed by this successes, the Alphabet engineers began working on what we now know as the Enterprise Edition.

The new design is more comfortable and less fragile, its increased ruggedness is essential for industrial work sites. Other new features include a bigger display prism and a speedier processor. Jay Kothari, from Alphabet X says “We've ... made improvements to the design and hardware so that it's lightweight and comfortable for long term wear. We've increased the power and battery life too". 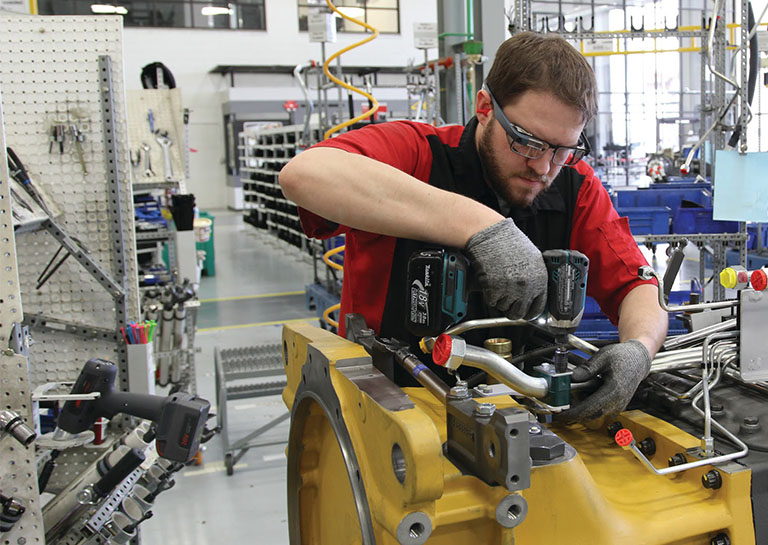 With these new developments, Google Glass has evolved from a wacky fashion accessory to a practical technology device that provides real results. The uptake of the Google Glass is also thanks to the increased range of apps available for it that take advantage of its hands-free design. DHL uses an application called Ubimax to "receive real-time instructions about where items have to be placed on the carts with the help of visual aids."

GE takes advantage of Google Glass by using it with an app created by a developer from Upskill the app “shows [workers] instructions with videos, animations, and images right in their line of sight so they don't have to stop work to check their binders or computer to know what to do next.”

It is unknown if the new Google Glass will be ever available to consumers but there is development happening on a new consumer range too. Alphabet has said the new Enterprise Edition is available to their network of expert partners, but no pricing or commitment information is listed.

SEE ALSO: Almost Everything You Need to Know About Google's History