Google Home and Chromecast Down Due to Technical Issue, Affecting Users Globally

Google confirmed the issue and assured the users to fix it soon. The forums of Google Home Help are loaded with complaints and panicked queries.

The latest tidbit in the tech world is an outage in Chromecast and Google Home that has caused quite a bit of outrage among users all over the globe. Now, it is not just Slack experiencing technical glitches!

Chromecast and Google Home are well on their way to losing one too many users due to their outage issues. According to a confirmation received by a spokesperson of Google to TechCrunch, “some” of its customers are experiencing issues, and they are currently undergoing an investigation to resolve this problem.

The company decided to stay tight-lipped about any other details of what was causing this issue and how many users are being affected and left without access due to this sudden and inadvertent outage. Cloud services are often known to suffer such issues from time to time due to the data center or other types of software problems.

However, when such an event occurs, it becomes challenging for the users of a platform to access their vital information. Despite an online health dashboard provided by the service provider, it can take time to be updated about the presence of such an issue.

The problem in case of Chromecast was noticed by the users this morning on the Chromecast Product Forum. They noticed that the icon of Chromecast had disappeared from the streaming apps such as HBO, Netflix, and YouTube.

The news then spread like a wildfire throughout the globe, and it was revealed to be a global issue. Google, however, refused to confirm the cause of the outage and whether or not it was associated with a broken software patch.

Hey #Chromecast users,
If your device has stopped working altogether after the recent update. Then, Retweet this and tag @madebygoogle asking them to fix it asap.

#chromecast by @madebygoogle got a BROKEN sw patch.
This was spotted first AT LEAST 6 HOURS ago and STILL that update is being PUSHED WORLDWIDE to devices.
Good to know that @Google is NOT running NUCLAR PLANTS.
Or... is it? pic.twitter.com/gSm14lcOYg

The Twitter account of Google (@madebyGoogle) responded with fervent apologies to the innumerable complaints of the users worldwide but shed no light on the cause of the entire problem or when they could expect for this issue to be resolved.

Hey there, sorry for the trouble. We don't have a time frame, but rest assured that our team is working hard to have this fixed — we'll let you know once we have an update. Thanks for bearing with us.

Many have taken notice of the fact that this issue is also bricking several Google Home devices too in addition to Chromecast. The forums of Google Home Help are loaded with complaints and panicked queries of users wanting to know what has caused this dire situation and left them without access. 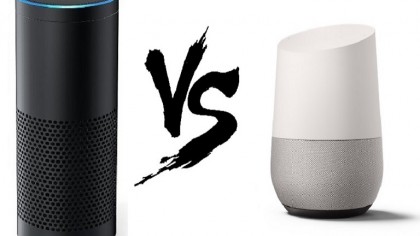 Google Home vs Amazon Echo - Which One is Better?

In the Google spokesperson’s own words, “We’re aware of an issue affecting some Google Home and Chromecast users. We’re investigating the issue and working on a solution.”

Google has issued a statement saying:

We’ve identified a fix for the issue impacting Chromecast users and it will be automatically rolled out over the next 6 hours. If you would like an immediate fix please follow the directions to reboot your device. If you're still experiencing an issue after rebooting, contact us at Chromecast Support. We are really sorry for the inconvenience and are taking steps to prevent this issue from happening in the future.