Hoping to add a new and practical dimension to its location sharing services, information surfacing from Android Police is hinting at the future possibility of a battery life update capability from Google Maps.

The failing and drained smartphone battery is the one glitch in the Age of Rapid Information Sharing bliss promised to us by industry giants. There may be a solution in the works that will help us check off this box as well.

Android Police has detected, and reported, a code in Google Maps beta for Android indicating a capability to share one’s battery life status info together with the location. Although the updates would not be incredibly detailed, they would reveal battery power percentage levels and charging status, as well as reporting an “unknown status”.

Most likely, there will be a lag in the hidden codes showing up from Google, but the presence of the codes may be a sign of larger location sharing plans which Google may be developing for the future. For now, however, the concept seems pretty promising, and convenient.

Are the Ever-present Status Updates a Friend or Foe in Modern Life?

Shoshana Zuboff from the Berkman Klein Center for Internet and Society of Harvard Law School’s describes surveillance capitalism as one of the biggest shifts in capitalism as we know it.

It appeared in her April 2015 article from the Journal of Information Technology, titled “Big Other: Surveillance Capitalism and the Prospects of an Information Civilization”. 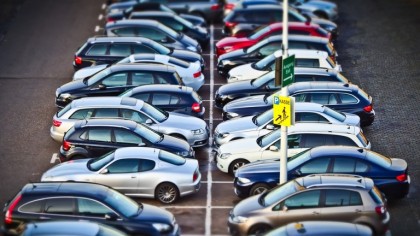 To put the idea to the test, one investigative reporter last week travelled a distance just shy of 24km with his phone set to the non-accessible mode the entire time, just over an hour, and reported that in the end via analysis of the encrypted data, “The phone with airplane mode activated logged more locations and activities than the other phone [in the experiment that had not been in airplane mode], and it also transferred hundreds of kilobytes of data to Google as soon as it was [later] activated.”

In light of this, some could wonder if this once again means Google is crossing the line into another subtle, yet invasive form of surveillance. Beyond the practical challenges imposed by suddenly running out of power, in an equally practical sense the draining battery is the ultimate go-to excuse for not returning a call OR having a last-minute way of ending a boring or tiring phone conversation.