The Earth is now depicted as a 3D globe in Google Maps. Until the upgrade, Google Maps used Mercator projection, which projects the planet onto a flat surface.

Understanding the world's geography just got one step easier today as Google Maps now shows the world as a globe. Until now, when you zoomed out of Google Maps, the Earth was displayed as a flat surface.

Google Maps announced the update via the Google Maps Twitter. The update is only available on Google Earth desktop, the mobile version still shows the flat version.

With 3D Globe Mode on Google Maps desktop, Greenland's projection is no longer the size of Africa.

Until the upgrade, Google Maps used Mercator projection, which projects the planet onto a flat surface. Although this makes it really easy to print out a map, it also presents a really distorted image of the Earth. 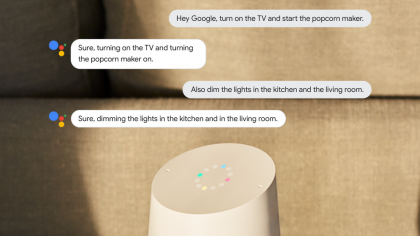 It means that objects around the equator appear at a relative scale to one another, but it also means that objects closer to the poles appear larger than they really are. The classic example of this is that on a Mercator map, Greenland appears larger than Africa, however on a scaled globe map Africa is 14 times larger.

Google went with the Mercator system originally because it helped preserve the angles of the roads. “The first launch of Maps actually did not use Mercator, and streets in high latitude places like Stockholm did not meet at right angles on the map the way they do in reality,” explained a Google employee in 2009.

Google has made a bunch of changes to its maps recently including expanding its ‘Explore’ section to make it easier to find restaurants.

Google Maps has become a ubiquitous part of most smartphone users. Not only can it help you locate yourself and important places around you, it offers the function to share your location with others and even show reminders of hotel or flight check-ins.

While very useful, Google has been in hot water in Europe about the way it has tackled the smartphone market. The European Commission recently fined the tech giant a whopping 5 billion USD for breaking anti-trust laws and it isn’t the first for the company.

The European Commission had already issued a 2.4bn euro fine over its shopping comparison service by the Competition Commissioner, Margrethe Vestager. Google is subject to another separate investigation into whether the company has breached laws around its advert-placing business AdSense.