Google Maps surprised Android users by showing the speed limits on navigation mode. If you are not a watchful driver and use Android, the new feature might be the thing you need to be safe and legal. Google Maps is a quite important app for getting where you're going, to learn how to go there, or even seeing pictures of the area that you are looking for. You can even get an idea of the natural condition of the area using satellite mode. However, showing speed limits on the map while you’re driving might rescue you from many kinds of problems, like traffic penalties. It might even protect you from possible accidents and save many lives. 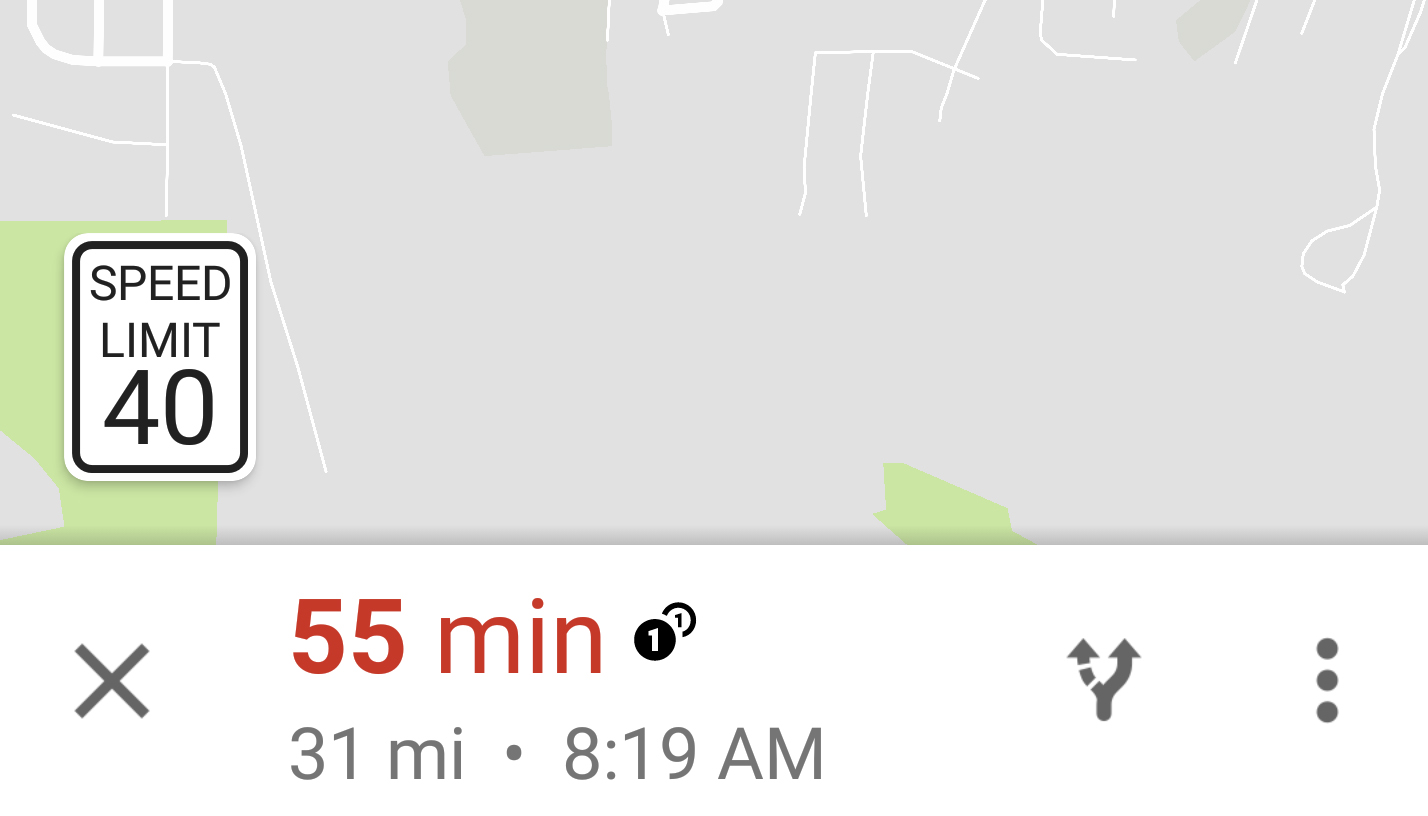 While on long trips, you might miss the speed limit signs easily. Obviously, it depends on the area, but sometimes they are not obvious or are damaged which makes them hard to see. So, the feature becomes more important if you don’t want to cross the limit and get a ticket, having to pay extra money. We could say that Google Maps also could keep your budget in the limits you planned.

The feature was reported by a Reddit user recently on Android section. The signs are displayed on the bottom left corner of the screen, just above your route info.

Google didn’t announce it officially yet, but surely they will sometime soon, after positive comments from users. For now, the app does not warn you earlier about the speed limit, or if you cross it or not, like the Waze app does. Who knows, it might have this feature sometimes soon as well.

What we know is Google Maps collected the speed limit data years ago when they were working on the project, that’s how we find the fastest route directions anyway. The Reddit users say that the speed limits have been directly visible to anybody using Google Map Maker.

The speed limit signs are mostly visible in street view mode, in real pictures, but this new digital feature is surely way better.

Some users claim that the feature is not available in all countries, but one from Germany says that it is available there too.

If you still don’t have the app on your phone or tablets, you can just install it through this page, and start to enjoy it. It is pretty fun to see the world from a birds-eye angle, seeing different areas and geographies.