Detecting particular natural gasses such as methane is difficult as they don't produce any odors and cannot be seen by human eyes. Thanks to Google Street View cars, it is now possible to trace any sources of methane leaks such as leaks from old pipelines underneath city streets.

Researchers from the Colorado State University and advocacy group Environmental Defense Fund have teamed up with Google's Street View and came up with a method to detect methane leaks from as far as 20m as well as from underneath streets. 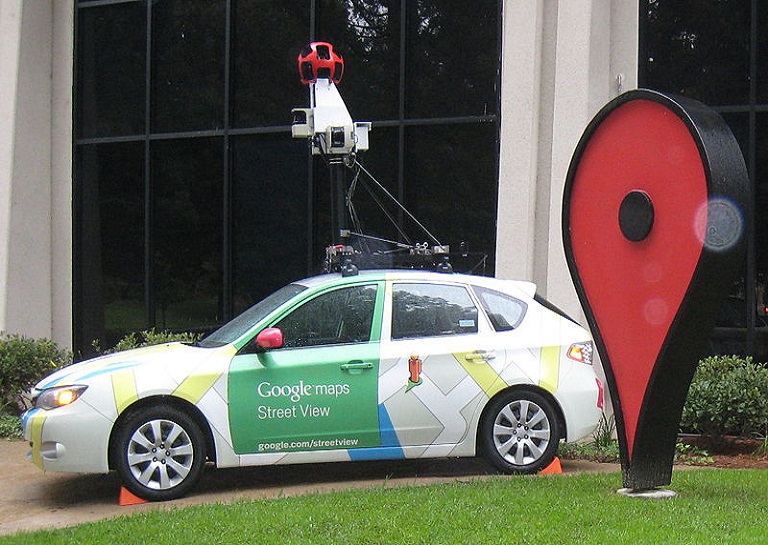 Pipelines beneath some of America's cities are prone to corrosion simply because they've existed for a hundred years or so and are constantly exposed to ground moisture. Detection of the greenhouse gas is difficult but authorities are certainly aware of this problem. However, trying to fix a short section of a pipeline's length costs around $1.2million - $2 million (USD). So instead of exhausting effort to dig up and spending all those money just to fix a simple leak, the authorities prioritize those that pose immediate dangers and allow some of the minute leaks to carry on for as long as they don't cause any harm.

The aim of this combined effort project is to "minimize greenhouse emission and optimize investment in pipeline management" said Joseph von Fischer, lead author of the published paper. This study has revealed that Boston, MA, Staten Island, NY and Syracuse, NY are amongst the cities that leaked methane the most because of their old and extremely corroded pipelines. These cities leaked 25 times more toxic natural gas compared to other cities with newer pipelines such as Burlington, VT, and Indianapolis, IN.

How to detect methane

You may have seen a Google Street View car with a mounted camera before or may be familiar with the exterior of the car. However, the methane sniffer is not visible from the car's exterior. The detector is composed of an air collector fitted at the car's front bumper and an infrared sensor. The opening on the car's front bumper sucks in air and is fed through to a small tube in the trunk. The sample goes through pulses of infrared light and methane is detected by measuring the number of laser light that escapes from the tube. Methane and other toxic, greenhouse gasses naturally absorb infrared light and by using this as an advantage, the scientists from CSU has managed to conveniently detect methane. The photo below is an example of the mapped out city of Pittsburgh, PA where methane leaks are at a moderate level. 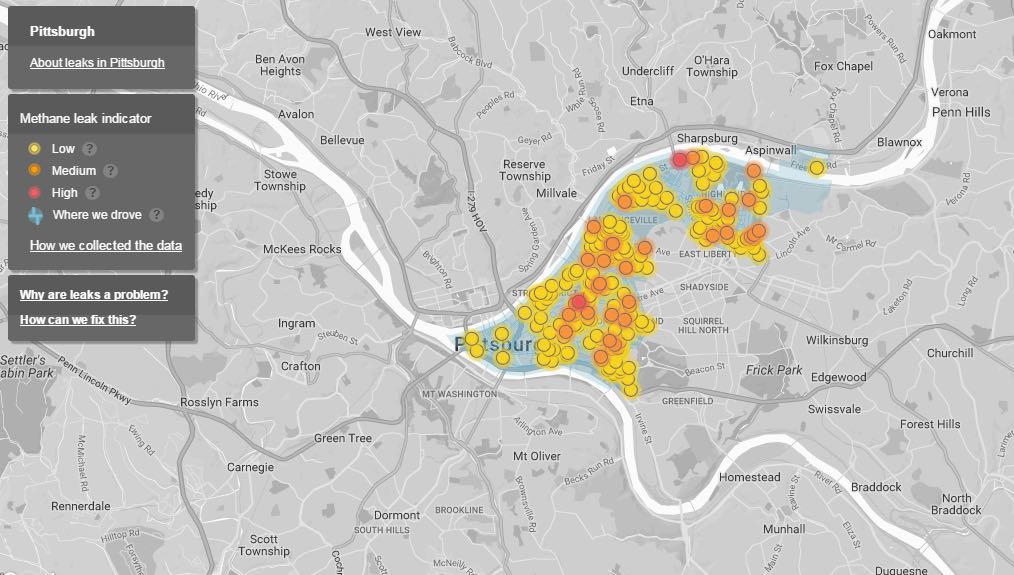 This video provides an informative summary of the methane detection project.

At the moment, Google Street View has currently four cars equipped with methane sensors and is looking to put out more of these bespoke vehicles on other American cities. So far, a New Jersey utility company has invested $1 billion in upgrading pipelines based on the evaluated data obtained from this project.