Google to Go Carbon Neutral By 2017

By 2017, the processing power it takes for your search of cute cat videos on the internet will now be carbon neutral.

In a recent press release, Google announced it will reach 100 percent renewable energy and carbon neutrality by next year. Google started taking steps toward this goal in 2010, according to Urs Holzle, senior vice president of technical infrastructure. The company's first step included purchasing energy from a 114-megawatt Iowa wind farm.

Due to the expansive nature of Google's data centers and offices, the company can't directly connect solar and wind farms to their infrastructure. However, the company will fund enough projects globally to offset the power demands of 5.7 terawatt-hours each year. The company's future goals include reaching 2.6 gigawatts of wind and solar energy. (And, as Holzle noted, that's twice the energy it took to send Marty McFly back to the future.) 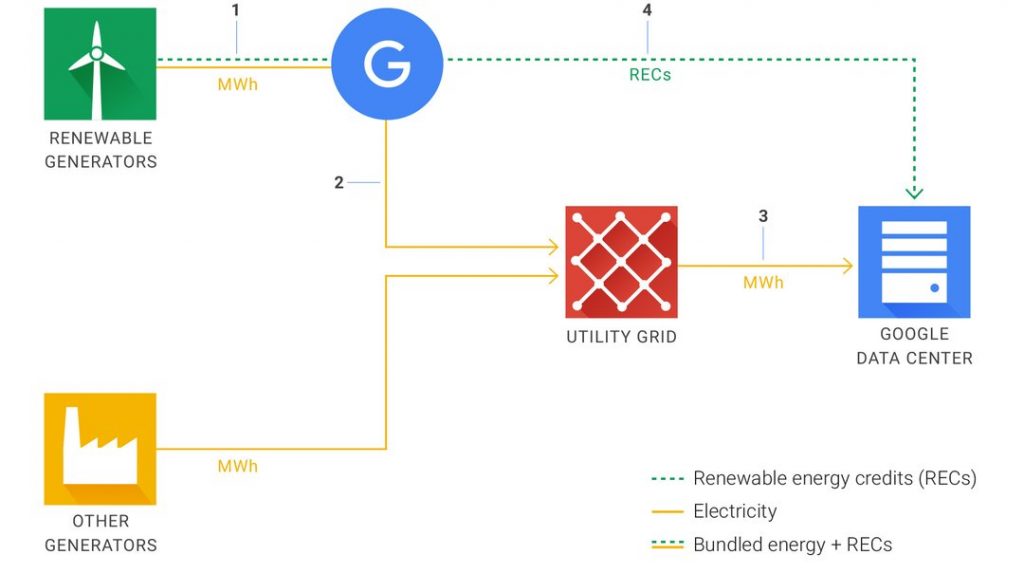 How much power does the tech behemoth already consume? Given that Google boasts more than 1 billion Gmail users alone, the answer is "a lot." In fact, Google consumes as much energy as the entire city of San Francisco.

At times, Google will have to resort to using energy not created by renewable resources. However, the company wants to overbuy renewable resources to compensate for any usage of fossil fuels. And with the cost of wind and solar greatly decreasing in recent years, renewable energy has become Google's most cost-efficient option.

"Electricity costs are one of the largest components of our operating expenses at our data centers, and having a long-term stable cost of renewable power provides protection against price swings in energy," Holzle noted.

The company's investments in renewable resources comes to an impressive $3.5 billion in infrastructure globally. Roughly $2.3 billion of that stays in US-based companies.

"For Google, reaching our 100% goal on a global and annual basis is just the beginning. In addition to continuing to aggressively move forward with renewables like wind and solar, we will work to achieve the greater, longer-term challenge of powering our operations on a region-specific, 24-7 basis with clean, zero-carbon energy."

However, Google isn't alone in its quest for renewable energy. 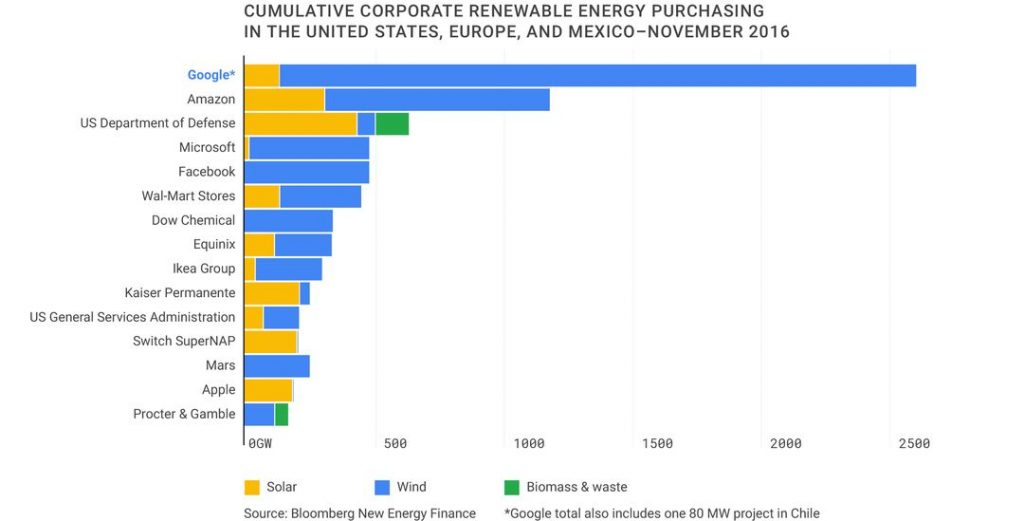 Apple said 93 percent of its operations globally are powered by renewable energy. The company wants to reach 4 gigawatts of clean energy by 2020. Through its progress, Apple lowered its facilities' emissions to 1 percent of its overall carbon footprint. The company also noted it wants to adjust corporate recycling practices and create greener shipping strategies.

And, of course, social media giant Facebook stepped up its energy game. The company said it wants to have at least half clean and renewable energy into its power structures by 2018. Similarly to Google's plan, Facebook gathers its renewable resources globally as well. While the goal seems less impressive than Apple's and Google's announcements, it's certainly no less important.

For more information about Google's plan, you can read the full white paper detailing the company's fiscal dealings. Google also has its own environmental website to give users a detailed look at its renewable energy goals and spending.