After three years, Project Fi has finally expanded to a larger range of popular smartphone devices.

Google’s simplified cell phone service can now connect with a much wider array of devices, including Apple’s iPhones.

The initiative could change the way a lot of people pay for their cell phone service.

The company announced today Project Fi is officially Google Fi. The mobile virtual network operator (MVNO) allowed early users to jump between several cellular networks depending on what carrier had the better service at that time.

Fi now gives a larger selection of phones the freedom to move between Sprint, T-Mobile, and US Cellular. It also picks up Wi-Fi whenever available for both calls and texts.

“No matter what phone you use with Fi, you’ll get great Fi features—like reliable coverage, easy group plans, and high-speed international data coverage for the same rates you pay at home,” said Simon Arscott, Director of Project Fi, in a company blog post. “Plus, as always with Fi, there are no contracts and zero hidden fees.”

Those rates aren’t just the same most would pay at home; they’re often cheaper. The pricing scheme is simple and depends upon someone’s usage habits. Unlimited calling and texting start at $20 / month. Users pay $10 per gigabyte of data used. They also get money back for data they don’t use. Any data usage over 6 GB is free. However, Google throttles speeds after the 15 GB mark.

Why haven’t people flocked to this service before? Despite everything, it’s only been reserved for Pixel owners.

“When we launched Project Fi in 2015, we set out to make your wireless experience fast, easy and fair,” Arscott explained. “Over the years, we’ve built upon that vision by bringing you features at no extra cost, like international data coverage in 170 countries and territories, spam protection, and data-only SIMs for your other devices.” 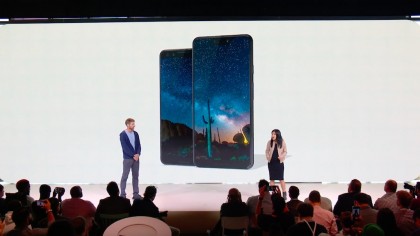 Several reviews noted, however, that Google wasn’t being entirely transparent on its claims.

The iPhone and most Android phones are compatible with Fi. But the program’s signature carrier-switching capabilities? That only works on Pixels, the Moto G6, the LG V35 ThinQ, the LG G7 ThinQ, and the Moto X4 models, Engadget notes.  If you don’t have those phones, the Fi will use one carrier: T-Mobile.

Interesting Engineering will continue to update the list of products out of Beta testing for Google Fi as that information becomes available.