Google's Ex-Boss Prediction: Robots that Could Kill Humans One or Two Decades Away

The murderous robots in the movies could become a reality within two decades, with the rapid developments in artificial intelligence, according to Eric Schmidt, a former Google boss.

Eric Shmidt, a former Google executive, has warned that killer computers may begin slaughtering humans in 10 or 20 years.

Shmidt, ex-CEO of Google parent company Alphabet, said that the horrible murderous artificially intelligent machines shown in ‘the movies’ could become a reality within 20 years.

Although, Schmidt did not seem too worried about this outcome because he thought humanity would be able to control these terrible creations. ‘Everyone immediately then wants to talk about all the movie-inspired death scenarios, and I can confidently predict to you that they are one to two decades away. So let’s worry about them, but let’s worry about them in a while,’ he said at the Munich Security Conference.

“Let me be clear: Humans will remain in charge of [AI] for the rest of time,’ he added, “The other point that I want to remind everyone, these technologies have serious errors in them, and they should not be used with life-critical decisions. So I would not want to be in an airplane where the computer was making all the general intelligence decisions about flying it. The technology is just not reliable enough. There too many errors in its use. It is advisory, it makes you smarter and so forth, but I wouldn’t put it in charge of command and control.” 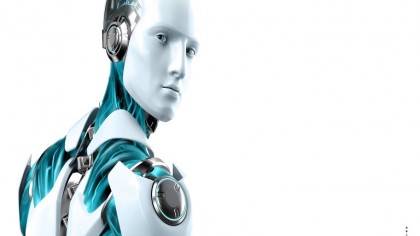 Space and Tesla CEO Elon Musk warns about artificial intelligence becoming dangerous and about the reality of murderous robots. The billionaire entrepreneur said last year that our species would have just a one in 10 or even one in 20 chance of living through the rise of the machines.

AI could Prevail in the Professions

Scientists have also predicted that in the early years of the third decade during the second millennia, artificial intelligence will most certainly supersede human skills when it comes to language translation (2024), writing secondary level essays (2026), and operating and driving trucks (2027).

Artificial intelligence will need more time to master jobs that necessitate a deeper interaction with humans and as a matter of fact, AI robots could only serve as retail assistants by 2031. As far as Robotic Authors are concerned, 2049 is the expected year to read highly acclaimed novels. Moreover, it will take more than three decades from now for AI Robots to be functioning as autonomous surgeons, despite many advances in the use of computerized tools in the arena of surgery.

Developments in artificial intelligence abroad have captured the attention of U.S. officials. China, at the moment, is moving ahead with its AI program for the whole nation. The country wants to become the global leader in the field by 2030.

“It’s a national program. As I understand, what that means in China is that there will be hundreds of thousands of engineers produced and trained in this. There is no analogous United States or European doctrine, and we need to have one,” Schmidt said.

U.S.A Must Start a National Initiative

Schmidt reiterated that China is likely to surpass America as the dominant force in AI. If America wants to avoid this situation, then – it has to launch a national initiative on artificial intelligence and considers changes to its immigration policy. He also said that U.S.A needs to “get [its] act together” if it doesn’t want to fall behind on the technology that could determine the future of both the defense and commercial sectors.

Killer Robots Could Cause Mass Atrocities