The field of quantum computing, where a processor handles a range of inputs and outputs at once - has been pushing boundaries over the last few years.

However, quantum computers are generally being used for research. Quantum computers are not relevant or even useful for users yet. But with Google introducing Bristlecone, its latest and most powerful quantum processor, we have come closer to that stage.

Bristlecone packs a lot of qubits or quantum bits. These are the basic units of information in a quantum processor. If a processor has more qubits, that means it can process more information at once, and it is more powerful overall.

IBM has recently produced a 50-qubit system. However, the Bristlecone is better than that with 72 qubits. The different companies developing quantum hardware have been talking about the amount of qubits their latest system possesses. But even though that’s not the deciding factor of a quantum processor's functionality, it's still significant.

Today's qubits are still unstable despite the recent developments. Hardware has to be sturdy to run them. 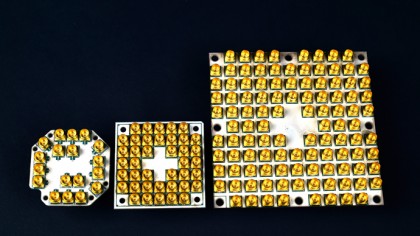 Quantum computers have to keep their processors extremely cold as well as protect them from external shocks. It is a fact that even accidental sounds can cause the computer to make mistakes.

Google's error rate has been 0.6 percent through using its much smaller 9-qubit hardware. Bristlecone's error rate is not yet known, but Google has made it clear that it aims to improve upon previous results.

Engineers have to figure out how software, control electronics, and the processor can work together without causing errors, to bring down the error rate for this processor.

There is a lot of research going into trying to bring quantum computers to users because it is thought that these devices will at the end of the day outperform classical supercomputers.

“We are cautiously optimistic that quantum supremacy can be achieved with Bristlecone, and feel that learning to build and operate devices at this level of performance is an exciting challenge!"

“Operating a device such as Bristlecone at low system error requires harmony between a full stack of technology ranging from software and control electronics to the processor itself. Getting this right requires careful systems engineering over several iterations.” Google says in its blogpost regarding Bristlecone.

“We are cautiously optimistic that quantum supremacy can be achieved with Bristlecone, and feel that learning to build and operate devices at this level of performance is an exciting challenge! We look forward to sharing the results and allowing collaborators to run experiments in the future.” Google says.