One of the most exciting discussions to come out of Google's I/O conference was talk of the company's new AI system. CEO Sundar Pichai jokingly calls it "AI inception." ("I tell them 'we must go deeper'," he noted at this year's keynote.) However, the AI -- called AutoML -- can layer AI systems to create newer, better artificial intelligence. 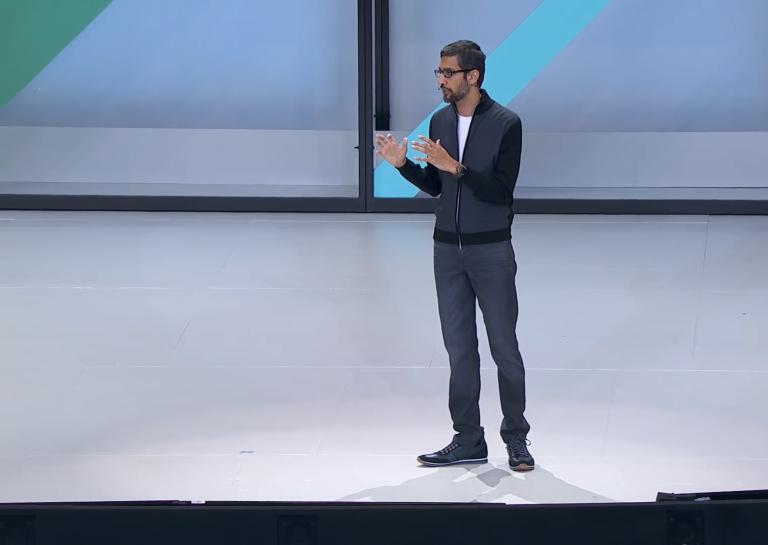 AutoML utilizes deep learning strategies and transmitting data through extensive neural networks. This in itself requires a lot of manpower from systems engineers. So those Google engineers decided to build an AI to make those neural networks for them.

Google explains the development with a child-rearing analogy. The controller network proposes a model structure (a "child" to the original system). That 'child' architecture can be "trained and evaluated" for how well it does on a task. The successes or failures are then relayed back to the 'parent' network and the process is repeated.

Ultimately, all the technology goes toward one goal -- benefitting the hundreds of millions of people who use Google each day.

"We are evolving Google Search to be more assistive to our users," Pichai said.

Google hopes that they can share its neural network technology with non-experts. One day, maybe even the average computer user can tailor a net to fit their style or needs. The technology could also lead to bigger promises as well. Google's DeepMind AI group spans a broad scope of areas. For example, DeepMind Health looks to help NHS patients and doctors by consolidating and cataloging medical data. The possibilities seem endless.