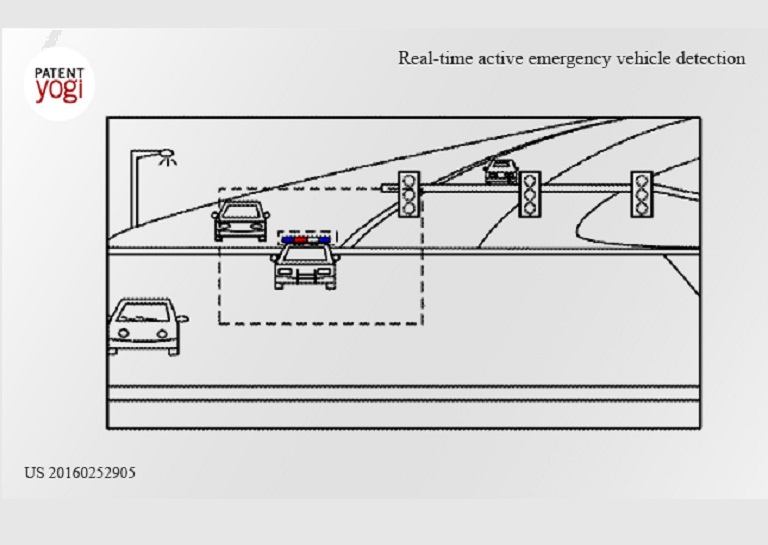 As humanity further approaches a future in which there are no (human) drivers, autonomous cars will need to become more aware of their surroundings- including approaching emergency vehicles.

As a new era of autonomy approaches, Google is preemptively preparing for the future as they ready their self-driving car. Part of that development will include technology recently unveiled through their new patent which will enable them to detect approaching emergency vehicles.

The system will detect the type of approaching vehicle, whether it be fire, ambulance, or police, and will move to the side of the road to yield to the oncoming vehicles. Multiple on board sensors, cameras, and computer devices will analyze critical components including the speed, type, and direction of oncoming vehicles. The data will then be analyzed and immediate action will be taken  place.

However, the system will not just accommodate the immediate vehicle. Using its sophisticated communications systems, the car will notify other autonomous vehicles in the surrounding area to clear a path for the approaching emergency vehicle.

While the new system will significantly improve autonomous car functionality, there are still many complications currently hindering massive integration of fully autonomous vehicles. One critical problem is an age-old dilemma humans often face- appropriate actions to take to minimize human injuries or fatalities.

For example, in a situation in which a speeding vehicle is approaching an autonomous vehicle where a collision is inevitable and two people are on a motorcycle in front, and there is a pole beside the car. The car must make the derision to continue and hit the motorcyclist, or quickly turn into the pole and risk sustaining injuries to the passengers inside.

While companies like Google and Tesla are actively working on improving their autonomous vehicles, there are still major complications that can not be directly programmed into a computer. Until the issues are resolved, it is likely large scale use of self-driving cars will remain hindered.