Engineers have just developed a graphene-based bio foam that can filter bodies of water by simply being laid on the surface. The team from Washington University in St. Louis created the bio foam which uses 2 nano cellulose layers to draw water in and filter out any particles or contaminants. The bottom layer contains cellulose and the top layer a form of graphene oxide. As the foam is laid on the water, the graphene oxide absorbs sunlight to generate heat which causes water to be absorbed into the foam. After absorption, the water evaporates, leaving behind particles, then condenses on the top sheet for collection. 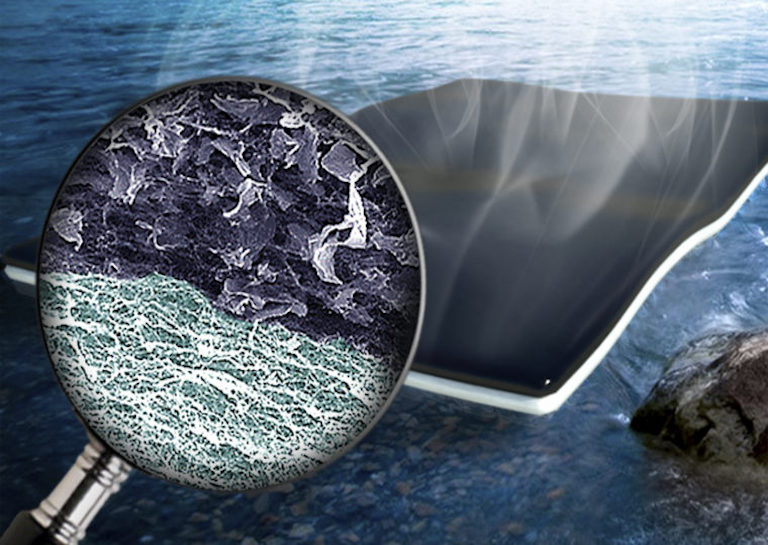 A bio foam that can passively purify water is an incredible feat, but the engineers behind the project believe that the manufacturing process is much more groundbreaking, according to New Atlas. Bacteria are used to lay down cellulose over seed material to build up each layer, much like how a pearl is formed. In order to add the graphene, engineers flake graphene particles over the cellulose before it dries and hardens.

The combination of the innovative production process and the materials used make the bio foam incredibly cheap. Using the bacteria, large bio foam sheets could be produced on a large scale, enough to be used to purify water for small villages and populations. Given that the layers are built using bacteria, engineers have the capability to alter the materials flaked into the foam allowing custom foams to be made for dirtier or cleaner water sources.