In what is considered an important scientific step, researchers have decoded the entire genome of the great white shark. The findings revealed a genome impressively one-and-a-half times the size of the human genome.

The team also identified many genetic changes that could explain why these large animals live so long. The researchers found proof of molecular adaptation in genes with important roles in maintaining genome stability.

Genome stability consists of a high frequency of mutations within the genome of a cellular lineage that provides a defense mechanism against the accumulation of damage to a species' DNA. It refers to a variety of adaptive sequence changes.

Genome instability is the opposite effect. Resulting from accumulated DNA damage, this effect is what makes humans prone to cancer and other disorders that become more prominent as we age.

"Not only were there a surprisingly high number of genome stability genes that contained these adaptive changes, but there was also an enrichment of several of these genes, highlighting the importance of this genetic fine-tuning in the white shark," said Mahmood Shivji, Ph.D., director of NSU's Save Our Seas Foundation Shark Research Center and GHRI. Shivji co-led the study with Michael Stanhope, Ph.D., of Cornell University College of Veterinary Medicine.

This discovery of this impressive genome stability was crucial in explaining why the aquatic animal had such a long life despite having such a large build and long life. Theoretically, the great white shark should have more chances of developing cancer as those odds increase with both the number of cells in a body and lifespan.

"Decoding the white shark genome is providing science with a new set of keys to unlock lingering mysteries about these feared and misunderstood predators -- why sharks have thrived for some 500 million years, longer than almost any vertebrate on earth" said Dr. Salvador Jorgensen, a Senior Research Scientist at the Monterey Bay Aquarium, who co-authored the study.

The researchers were also able to find the key to sharks' amazing wound healing capabilities. This trait too was attributed to some nifty evolutionary adaptations referred to as positive selection. 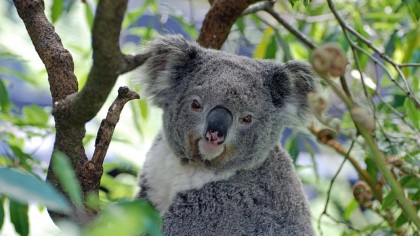 "We found positive selection and gene content enrichments involving several genes tied to some of the most fundamental pathways in wound healing, including in a key blood clotting gene," said Stanhope.

"These adaptations involving wound healing genes may underlie the vaunted ability of sharks to heal efficiently from even large wounds."

Still, the scientists say they have only just begun to explore the many wonders and possibilities of this large animal's genome. Part of this is further studying the traits that help protect against genome instability possibly leading to new ways to tackle age-related diseases and even wound healing.

"Genome instability is a very important issue in many serious human diseases; now we find that nature has developed clever strategies to maintain the stability of genomes in these large-bodied, long-lived sharks," said Shivji.

"There's still tons to be learned from these evolutionary marvels, including information that will potentially be useful to fight cancer and age-related diseases, and improve wound healing treatments in humans, as we uncover how these animals do it."

Last but not least, the decoding of the great white shark genome will also assist with the conservation of this and other endangered sharks.

The study is published in the 'Latest Articles' section of the journal Proceedings of the National Academy of Sciences.