Greek Fire helped protect the besieged Byzantine Empire for many centuries. Its formula was a jealously guarded secret passed from Emperor to Emperor until the fall of the Empire in 1453.

Greek Fire was an ancient superweapon devised, and used to great effect, by the Byzantine Empire. Its exact recipe was a jealously guarded secret that has now been lost to the ages.

Greek Fire would become the most potent weapon of Christendom for over 700 years. This would, in no small part, enable the Byzantines and Constantinople to resist its many enemies for as long as it did.

Greek Fire became so important to the Byzantines that Emperor Romanos II (reigned between 959-963 AD) declared that three things must never reach enemy hands. These being the Byzantine imperial regalia, any royal princess, and Greek Fire.

Although incendiary weapons are nothing new to war, e.g. Flaming arrows and firepots etc, it is clear Greek Fire was something very special indeed. In the following article, we'll explore what it was and how it was used plus speculate as to its exact recipe.

What is Greek Fire?

Greek Fire was an incendiary weapon developed and used by the Byzantine Empire used on both land and at sea. Accounts from the time, as well as contemporary images, indicate it would have had a similar effect to modern day napalm.

True Greek Fire should not be confused with what the Crusaders called Greek Fire. The latter was a mixture of saltpeter and turpentine but true Greek Fire was a much more potent substance indeed.

Historical sources indicate that it was originally devised under the reign of Constantine IV Pogantus (668-685). A Greek-speaking Syrian refugee, Callinicus of Heliopolis, is thought to have refined the recipe in around 678 AD.

Accounts from the time speak of how Greek Fire would spontaneously catch fire and could not be put out using water. On the contrary, it appeared to burn vigorously when in contact with water and would stick to anything it came into contact with.

If true this would have made it a very potent naval weapon indeed.

The incendiary concoction could be deployed in a variety of methods. It was either thrown in pots or discharged from siphoned handheld or ship-mounted tubes. In the case of the latter, it can be, ostensibly, thought of as similar to a modern-day flamethrower.

Interestingly, it does appear that it could be countered, at least in part. Arabian accounts from the time tell of the sticky liquid not adhering to heavy cloth or leather that had been soaked in vinegar.

It is widely accepted that Greek Fire was developed by one Greek Christian, Kallinikos (aka Callinicus) of Heliopolis. He had escaped to Constantinople from Muslim held Syria in around 668 AD.

However, a similar substance is known to have existed long before Callinicus. The Kingdom of Pontus used a similar mixture against the Romans in during the Mithridatic Wars in the 1st century BC. Callinicus probably used this as the foundation for Greek Fire but made it much more potent and easier to use.

Although the exact recipe was a closely guarded secret light petroleum or naphtha are known to be one of the main ingredients. This was probably sourced from the Crimea.

It has been speculated that Greek Fire probably consisted of a mixture of petroleum, pitch, sulfur, pine or cedar resin, lime, and bitumen.

Some have even speculated that it might have had gunpowder or "melted saltpeter" mixed in too. The addition of sulfur might well have given the mixture the booming noise that Greek Fire is said to have been noted for.

The process for making the liquid must have been a very dangerous one indeed. Especially if it was as volatile as contemporary accounts highlight.

The distillation of petroleum, if it was used, would also have required a highly advanced technology for the time.

Because the formula was only handed down from Emperor to Emperor little else is known about Greek Fire. This precaution was so successful that it was kept a secret for over 700 years and has since been lost to history.

Despite this, some partial recipes have been found by historians from Byzantine sources. Notable examples include those of Anna Komnene's Alexiad and De Ceremoniis Aulae Byzantinae of Constantine VII Porphyrogenitus.

"This fire is made by the following arts. From the pine and certain such evergreen trees, [an] inflammable resin is collected. This is rubbed with sulfur and put into tubes, and is thrown forth by men using it with violent and continuous breath. Then in this manner, it meets the fire on the tip and catches the light and falls like a fiery whirlwind on the faces of the enemies."

Greek Fire was a devasting weapon

Greek Fire appears to have first been used in anger in 673 AD during the first Arab Siege of Constantinople. A raiding Arab fleet with ambitions of sacking Constantinople (modern-day Istanbul) was destroyed by Greek ships armed with their new superweapon.

The ships were augmented with tubes mounted on their prows. Under the command of Constantine the IV, the entire Arab fleet was decimated using their new invention. The Arab land army, now lacking the support of their fleet, were forced to break the siege and retreat.

Greek Fire was later used by another Byzantine Emperor, Leo III The Isaurian, to repel another Arab attack in 717. It was also employed by Romanus I Lecapenus against a Russian fleet in the 10th Century.

John I Tzimisces also used Greek Fire to great effect during a land battle in 972 AD when he liberated the city of Preslav from the Russians. Between 988 and 989 AD, Basil II combined a force of Vikings, the Varangian Guard, with the Byzantine superweapon to put down a rebellion led by Bardas Phokas. 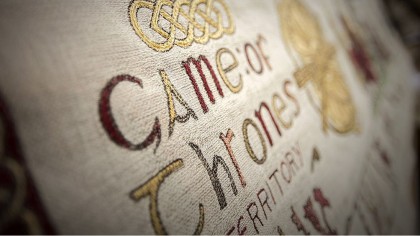 The weapon appears to have been very deadly indeed, notably during sea battles. For this reason, it has been cited by some historians that Greek Fire could well be the main reason for the long survival of the Byzantine Empire.

For this reason, Greek Fire was a closely guarded state secret with only a few people privy to its exact composition. So closely kept was this secret that its precise composition is still unknown to this day but its reputation is as strong as it was over a millennium ago.