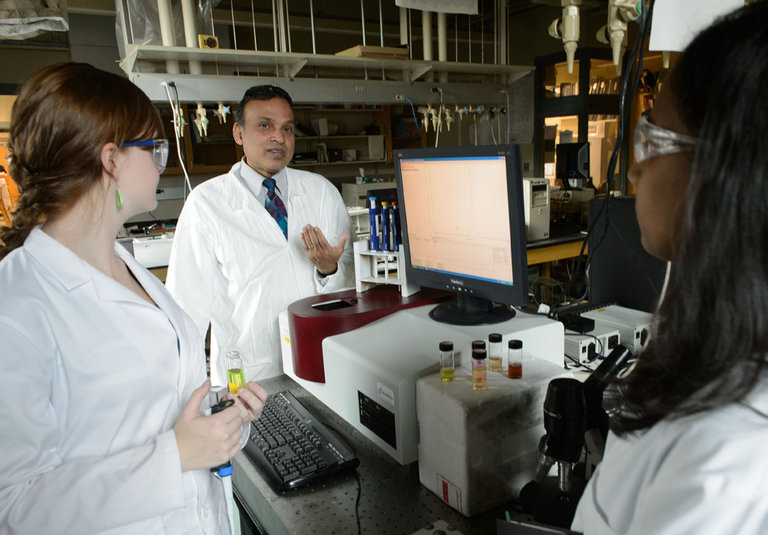 Although the rise in solar power use has been both steady and promising, innovation and improvements in cell efficiency could make things even better. A new type of antenna has now been developed which could enable solar panels to become twice as efficient as those currently in operation, thereby increasing the deployment of rooftop solar cells.

The new ‘green antenna’ has been developed by a group of scientists from the University of Connecticut in the US. It collects much more of the blue part of the light spectrum (blue photons) than existing silicon solar panels, which convert light from around 600 to 1,000 nanometers (nm) into electricity but not from the 350 to 600 nm range. This means that current solar arrays waste a lot of potential energy, capturing only 11 to 15 percent of the available solar energy. While panels that are specially manufactured in laboratories can increase this figure up to around 25 percent, they tend to be prohibitively expensive for the average consumer. Lab prototypes can be even more efficient, but they are incredibly difficult to scale up.

“Many groups around the world are working hard to make this kind of antenna, and ours is the first of its kind in the whole world” said lead researcher Challa V. Kumar. “Most of the light from the Sun is emitted over a very broad window of wavelengths. If you want to use solar energy to produce electric current, you want to harvest as much of that spectrum as possible.”

The team at Connecticut believes its new antenna can capture double the amount of energy utilized by a standard commercial panel. The key to the device’s ability is an organic dye, molecules of which are excited by light photons thereby emitting silicon-friendly photons which can be converted into energy if the right chemical conditions are in place. The researchers embed the dyes inside a protein-lipid hydrogel which keeps the molecules separate but still closely packed. This in turn creates a pinkish film that can be used to coat solar cells in order to vastly improve its ability to capture light. This process is relatively straightforward and isn’t too expensive either. According to Kumar, it can even be done in a kitchen or remote village. Moreover, the materials used in the process are compostable and environmentally friendly, thereby eliminating the prospect of creating toxic waste.

The researchers presented their project at the 250th National Meeting & Exposition of the American Chemical Society in August and a local Connecticut company has now been enlisted in order to help the team turn the antenna into a commercial product. There are other potential applications besides solar power. The team believes the versatile hydrogel could be used for drug delivery and also in white light-emitting diodes.