An event of an asteroid entering Earth's atmosphere in a bold green hue was recorded by concertgoers and later confirmed by the IMO to be a meteor crash.

Fans of music band the Foo Fighters were treated to a unique spectacle on June 16th during a concert in Landgraaf, The Netherlands. A small asteroid entered our atmosphere and crashed in a vibrant beam of green light.

The event was caught on video by an unnamed audience member and posted on Twitter on June 18th by the band. The tweet caused quite a stir with some speculating the extraterrestrial phenomenon was a special effects trick.

A star burned out.
The sky IS a neighborhood.
☄️?? pic.twitter.com/Q860yddDqE

However, the burning asteroid saw 197 sighting reports recorded by the International Meteor Organization (IMO) from Belgium, Germany, Luxembourg, Spain, Switzerland, the UK and France. The IMO labeled the meteor a fireball.

On June 16, 21 h 11 min UT, a bright fireball was widely observed anf filmed over Belgium and surrounding countries. Nearly 170 reports were sent to the IMO so far, and it's going on!https://t.co/iAU1UJPkEF pic.twitter.com/u6qiQ7aGW7

A fireball is defined by the International Astronomical Union as "a meteor brighter than any of the planets." The IMO reported the object spotted at the concert actually began its journey over Belgium finishing in The Netherlands.

The organization is asking witnesses of this meteor or others to fill in a quick online form to help scientists investigate the phenomenon. "Your report is important, it alerts us to potentially scientifically significant events that occur, and contributes to the general database of knowledge about meteors," states the page.

According to the American Meteor Society, the meteor's green hue would be an indication of a high nickel content. A photo captured by German photographer Uwe Reichert is making the rounds on the internet showing a particularly clear display of the fireball's colour.

A vulnerability in detecting asteroids

On a more worrisome note, NASA revealed a new plan last week for detecting and destroying Earth-bound asteroids that highlighted complications with spotting objects coming from our planet's ‘day side.’ This vulnerability came into focus earlier this month when a space rock called 2018 LA was detected but a few brief hours before exploding over Botswana.

The object was too small to cause significant damage but concerns were expressed that, had it been larger, the effects could have been devastating. In 1908, Earth was hit by the ‘Tunguska' meteor deep in the Siberian forest. 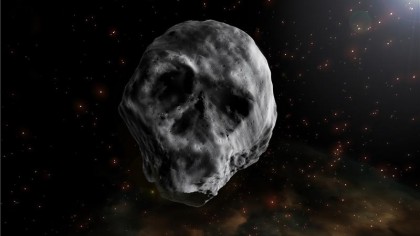 The impact resulted in the destruction of 80 million trees over an area of 800 square miles, as well as reports of animal deaths. A similar crash in a populated area would have killed millions of people and razed a city to the ground.

The event remains the largest asteroid impact in recorded history, however, its nature is still much debated in the scientific community to this day. An impact crater was never found on site causing much speculation about the explosion's true origins.