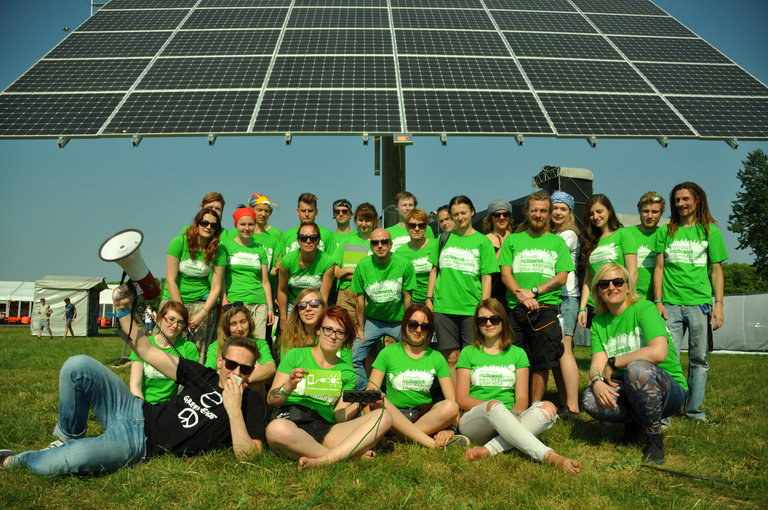 Back in 2012, the government’s Energy and Climate Change Committee stated quite categorically that the country’s energy consumption cannot be allowed to rise indefinitely if the UK is to make an effective contribution to global reduction of greenhouse gas emissions.

Just recently, the environmental pressure group Greenpeace released a report based on a study conducted on the group’s behalf by Demand Energy Equality, an energy system analyst company that is working for a change in the way energy is used.

The report has been described by the group as a direct response to the urgent need for carbon emissions reduction. It takes the UK’s 2008 Climate Change Act, which commits the country to an 80 percent cut in emissions on 1990 levels by 2050, very much as a starting point for a more ambitious carbon reduction plan. It also embraces the long-held belief that action taken now will have a far greater chance of avoiding the very worst effects of climate change. For this reason the report focuses specifically on the UK’s 2030 targets.

“For a long time the government and the fossil fuel industry have peddled the argument that renewables can’t keep the lights on if the wind’s not blowing” said Doug Parr, chief scientist at Greenpeace, speaking to The Guardian. “This hasn’t been based on evidence, but out of date instincts seemingly from staring out the window to see how windy it is. For the first time, we have the evidence showing it is possible to keep the power system working and decarbonise the electricity system. We need to go for renewable energy with the help of new smart technology and reducing demand for power too. It is hugely ambitious but definitely doable, and it will take the same kind of enthusiasm and financial support from government, normally the sole preserve of the nuclear and fossil fuel industries.”

The report also aims to contribute to the Committee on Climate Change’s (CCC) two-pronged preference for the electrification of power demand accompanied by the decarbonization of the power sector supplying that demand. This contribution in turn employs an advanced modelling process to design, test and iterate a 2030 energy scenario aimed at overcoming the various technical, engineering and infrastructure challenges associated with a decarbonized power sector.

By decarbonization Greenpeace really means getting as close to zero as possible with regard to carbon emissions produced as a result of energy delivery. This will entail, for example, the transformation of vehicle transport from utilizing fossil fuels to largely electric vehicles. It also means construction of wind and solar farms and other plants driven by renewable energy technologies. One of the main challenges in delivering renewable energy infrastructure will be the way in which it is delivered, along with the related public expectation. At present, this is based on demand, whereas in future it will largely depend on the weather and also the time of day, given that many renewable technologies, particularly wind and solar are intermittent. The problem with that is that peak supply does not necessarily coincide with peak demand. The challenge therefore is how best to resolve that issue.

The model used for this research was constructed by Dr Daniel Quiggin as part of his PhD for the Centre for Doctoral Research in Energy Demand. This was a joint collaboration between the Energy Institute at University College London (UCL) and Loughborough University. The model is called Smart Household Energy Demand (SHED) and it utilizes previous research by Dr John Barton, creator of the Feasibility of Energy System Assessment Tool (FESA) which was utilized in the modelling of the Transition Pathways to a Low Carbon Economy project and also widely used in academic modelling of energy scenarios. SHED was initially developed to model three energy scenarios produced by the UK Department of Energy and Climate Change (DECC) and subsequently to fill gaps in the toolkit used by academics, energy planners and policy makers when designing future energy systems. SHED accurately models heating demand, draws on hourly data for its demand inputs and incorporates demand and supply data generated over a period of 11 years. It also enables the requirements of Demand Side Management (DSM) to be modeled at a national level and subsequently therefore at a household level.

Using this approach, Greenpeace found that radical decarbonization of the UK power sector is indeed possible. Furthermore, it is perfectly feasible to achieve this aim by 2030, including electrification of transport and heating while maintaining supply balancing. This means no blackouts, in opposition to the usual claims of renewable energy skeptics.

Renewable technologies are already proven and deployable and the costs associated with them are steadily falling, the prime example being solar power which has been predicted to fall by another 25 percent over the next three years. What is also interesting is that the report found that demand reduction is also possible given the right amount of political will and policy development and that rapid reactions to fluctuating supply and demand are also possible.

The report also finds that meeting heating demand requirements is a prerequisite for achieving electrification targets. This in turn means that households may very well have to replace their gas boilers with renewable heating technologies such as ground source heat pumps solar thermal panels. There would also have to be a major improvement in building energy efficiency and deployment of smart meters in order to achieve some measure of demand reduction alongside energy efficiency. Its overall conclusion is therefore that it is not simply enough to make energy supply more efficient, we must also use less of it.

With regard to the cost of enacting these changes, Greenpeace cites a previous report by Poyry Consultants for the Climate change committee which concluded that a 65 percent penetration by renewables by 2030 would cost between £126 billion and £227 billion. This would have to include a substantial increase in investment in both onshore and offshore wind.

The report generated favorable comments from trade association RenewableUK and from Professor David Infield of Strathclyde University, who said that it was a “serious document that deserved attention”.

This Portable Lantern Can Be Charged By Salt Water or Urine

Building the World's Largest Beyblade Powered By A Chainsaw