Group of Friends Decides to Build Small Village for Themselves 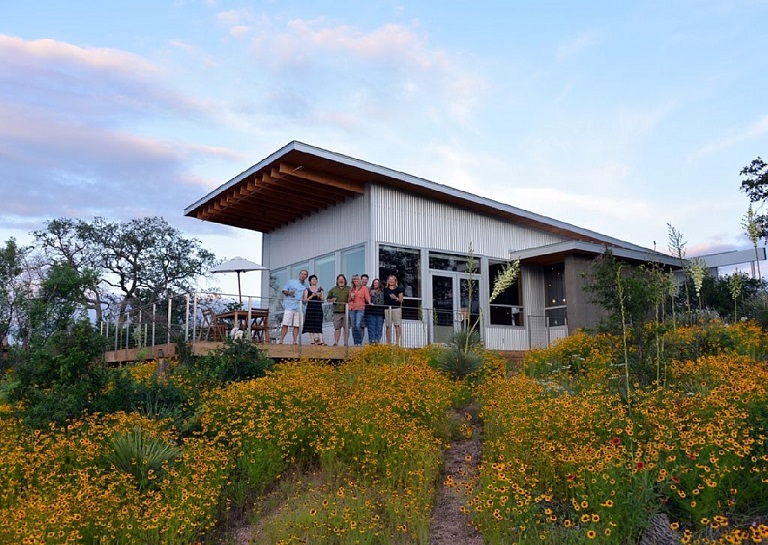 A group of engineers from Texas decided to build a small sustainable retreat in the Hill Country.

Fred Zipp and a few other friends were on the hunt for a quite retreat from their busy hometown in Austin when a magnificent idea dawned on the. Collectively, the team decided not to purchase something already constructed. Instead, the team pooled together some money to build a small sustainable village to reconnect with nature. Upon acquiring a small rudimentary 10-acre plot it was evident it needed some work.

When we first looked at it, it was not really that inviting,” Zipp says.

The team drew up some plans and contacted Ted Flato, a well-known master of modern construction. In the end, four houses 350-square-feet each which were built to accommodate up to 20 people. With sustainability in mind, the team also decided to incorporate a rainwater collection system to store water in 100- gallon collection cisterns. The system was rigged up to irrigate the nearby land and supply water without damaging the extremely limited natural supply. The cabins are also insulated with heavy duty foam and wrapped in metal sheeting to reflect the sun's heat by day but hold on to the warmth at night. 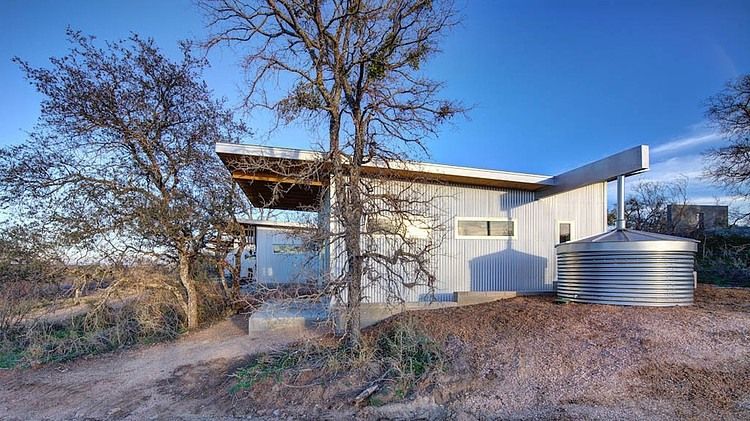 In addition to the cabins, a 1,500-square-foot common room was added for central and family gatherings. Inside holds one of the only massive objects in the complex- a huge commercially sized refrigerator. The walls surrounding it and the other buildings were left as a nicely finished plywood with a bare concrete floor to keep the project prices down but keep a pleasing, warm feel. 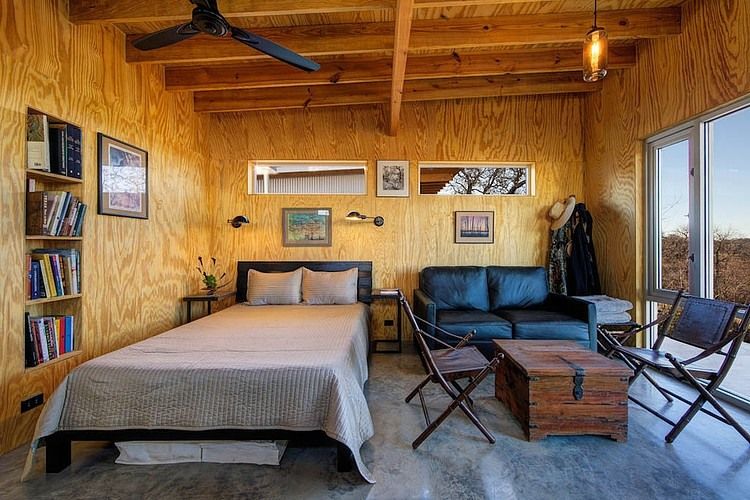 The project quickly became known as the Llano River project.

The team finished the project in 2011. In the future, they plan to retire and live out their elder days in the complex. However, as for now, the cabins can be rented out to guests for up to 20 people. Potentially, future modifications and addition of solar panels could see the project archive 'off the grid' status. For now, however, it remains a beautiful getaway that a group of engineers can enjoy, and one day, grow old together in it.