You may have wondered why Formula 1 cars have so many buttons on the steering wheel and if you already knew, here's your chance to check out the steering wheel for the forthcoming season. Mercedes have just revealed their design for the new cars' steering wheels and explained the changes made from previous seasons. 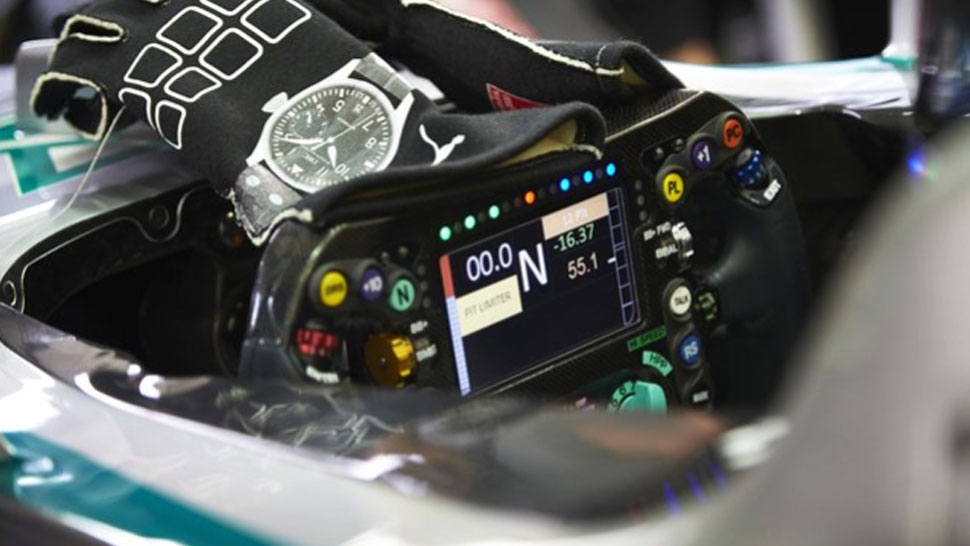 The OLED screen is new to this season and allows the driver to see a greater deal of information in a much more accessible format - previous years featured an LED display much like old calculators. It is fully configurable by the driver to display what they desire and also allows the team to inform the driver of anything that needs to be known immediately, alongside the radio audio contact available.

The design is more compact than before and more importantly it's lighter - every kilogram counts in the most advanced race series in the world. The use of power assisted steering allows for the small size of the steering wheel by reducing the amount of force that needs to be transmitted by the wheel itself. The device will be installed according to the drivers personal preferences, such as space behind the wheel, moulded grips and button colours.

The wheel takes about 6 weeks to manufacturer from start to finish and required 24 man hours of servicing between races . Mercedes will take three wheels per driver to each race which will be 'modified to suit different settings or preferences throughout the year.'

Below is Mercedes guide to the features of the 2014 steering wheel:

There are a total of nine rotary switches on the wheel. Three are rotary dials, while the remaining six are configured as thumb wheels. The latter allow the driver to make changes to the settings without taking their hand off the wheel.

Menu Rotary (Middle) – Allows up to 15 different rotary switches to be able to change multiple configurations in one place, including tyre switches to adjust for the different compounds, for example

HPP Rotary (Right) – Used to control a large number of Power Unit settings, such as energy management during the race or MGU-K settings

Strategy Rotary (Left) – Enables adjustment of strategy settings during a session, including the way energy is recovered / deployed, for example

Radio – Activated the driver to engineer radio
DRS – Operates the DRS flap
Limiter – Engages the pit lane limiter
Marker – Used to identify a point of interest in the data as indicated by the driver
PC/R – Confirms pit entry by sending an automated alert to the garage. This allows the crew to prepare for the arrival of a car, regardless of whether it's been indicated on the radio that the driver is coming in

One of the most technically complicated parts of Formula 1 cars is the connector between the steering wheel and the car itself as it must be able to cope with the steering forces whilst also providing the electrical connections between the wheel and car. On top of this, the FIA require that the driver can get fully out of the car within 5 seconds.