New research has shown that carving diamonds into strings and applying voltage can increase qubits' ability to remember information.

A quantum internet, one that would use quantum signals instead of radio waves, has been touted for its potential to send information completely securely. Through quantum encryption powered by quantum key distribution, encrypted messages and their keys would be sent separately resulting in the immediate destruction of any potentially tampered messages.

The process has been delayed because using quantum bits (qubits) requires quantum memory, a completely new and tricky interface. Quantum memory is unstable because qubits are extremely sensitive to environmental factors resulting in an easily-disrupted ability to retain and recall information.

Now, a new study published in Nature Communications by Harvard John A. Paulson School of Engineering and Applied Sciences (SEAS) and University of Cambridge researchers reveals a solution for improving quantum memory by increasing qubits capacity to remember information. The paper reveals that strings engineered from diamonds' impurities or defects can be tuned to calm a qubit’s environment and improve memory retention from tens to several hundred nanoseconds.

“Impurities in diamond have emerged as promising nodes for quantum networks,” said Marko Loncar, the Tiantsai Lin Professor of Electrical Engineering at SEAS and senior author of the research in a statement, "however, they are not perfect."

"Some kinds of impurities are really good at retaining information but have a hard time communicating, while others are really good communicators but suffer from memory loss. In this work, we took the latter kind, and improved the memory by ten times," added Loncar.

Impurities or defects in diamonds are called silicon-vacancy color centers and can function as qubits by using the electron trapped in the center as a memory bit. However, the loud vibrations emitted by nearby atoms cause the electron to forget any quantum information it stores.

To allow the electron to retain memory in this loud environment, the researchers carved the diamond crystal housing the color center into a thin string with electrodes stuck to each side. When a voltage is then applied, the string stretches increasing the frequency of vibrations the electron is sensitive to, similarly to the process experienced in tuning a guitar’s strings. 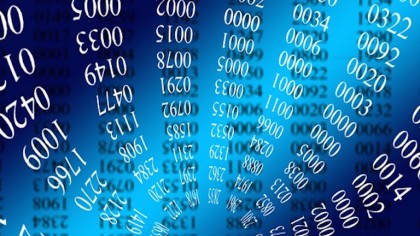 Here Is Everything You Need to Know About Quantum Computers

“By creating tension in the string, we increase the energy scale of vibrations that the electron is sensitive to, meaning it can now only feel very high energy vibrations,” said Srujan Meesala, a graduate student at SEAS and co-first author of the paper.

“This process effectively turns the surrounding vibrations in the crystal to an irrelevant background hum, allowing the electron inside the vacancy to comfortably hold information for hundreds of nanoseconds, which can be a really long time on the quantum scale. A symphony of these tunable diamond strings could serve as the backbone of a future quantum internet," added Meesala.

The research is the intellectual property of the Harvard Office of Technology Development and work is underway for future applications that could see qubit memory extended to the millisecond.

The Mystery of Human Evolution Could Be Explained by Quantum Tunneling