Gut Bacteria Evolve to Perfectly Tailor Themselves to Your Body

A new study shows that common gut bacteria evolve rapidly in order to suit themselves to your one unique environment.

New research released this week shows how common gut bacteria evolves and adapts rapidly in order to suit itself to your body’s unique environment.

Gut Bacteria That Makes Itself at Home

Researchers at MIT conducted a broad population genomic and metagenomic study looking at how one of the most common bacteria in our large intestines, Bacteroides fragilis, changes not just across different geographically distinct populations, but even down to the personal level. Their surprising results show a bacteria capable of rapidly reconfiguring its genes to perfectly adapt itself to its new environment.

"The strains of B. fragilis that are growing in humans have been in that gut-like environment for millions of years, so the idea that encountering a new host's gut would induce a bunch of new adaptive mutations, and that these commensals would still be rapidly evolving, was surprising to us," says Eric Alm, a professor of biological engineering and co-director of MIT’s Center for Microbiome Informatics and Therapeutics.

The scope of the changes were dramatic. At least sixteen different genes were seen to undergo evolutionary changes within-person, with a majority of those changes optimizing for fiber uptake in human cells and biosynthesis of the cell envelope.

"Bacteroides species are helping digest complex fibers in the large intestine, which are coming from the food you eat, so adaptations in them may be related to the personalized diet," said Shijie Zhao co-first author of the paper and a member of Alm's lab.

Dietary choices aren’t likely to be the sole driver of the mutations however. They have to evade our immune system just like other bacteria and in a competitive environment, the mutations may be their way of keeping a low profile. 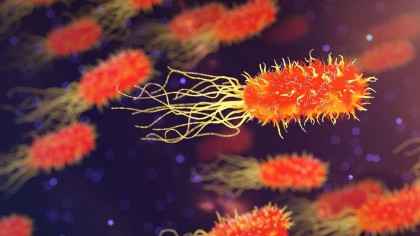 "These mutations might be responsible for changing the way B. fragilis interacts with the immune system," said Tami Lieberman, co-first author and an assistant professor in MIT's Department of Civil and Environmental Engineering. "Alternately, it could be a technique to enhance their ability to fend off attacks from other members of the microbiome."

Even more interesting was the revelation that there were distinct mutations between Eastern and Western metagenomes. Where Westerners had a specific allele that was highly expressed but which turned out to be rare in persons living in China.

"It's not a scary thing—I think we just need to be aware of and thoughtful about the fact that you can do extensive testing in a lab,” said Alm, “but once a commensal gets out there and into a real person in the real world, it can evolve—its phenotype can change—and that's something that might be hard to anticipate.”

How Stadiums Evolved From Ancient Greece to Today

Study Proves Humans Could Evolve to Have a Venomous Bite