Many people have trouble devoting 3 years of their life to anything, let alone building a gigantic machine that rolls marbles. Although it may sound like a waste of 3 years, video of the mesmerizing marble machine is making its rounds across the internet and people cannot stop watching. Here's the coolest part about the machine: it's completely automated and will continue to work forever. With ski jumps, a castle, and endless other features, check out the machine in all of its glory in the video below.

If you thought a guy who spent three years making an intricate marble course would be finished building, you may have thought too soon. He claims to have a lot more painting and building to do on the piece until he will call it finished. The video depicting the whole assembly and function of the machine took over a week to film just due to the variety of paths and options built into the project.

Those of you out there who are in the market to purchase a giant marble machine to place in your entryway, or maybe just back in your garage, are in luck! Once the machine is finished, the creator is hoping to sell it to someone who will appreciate it rather than have to destroy the evidence of his labor. 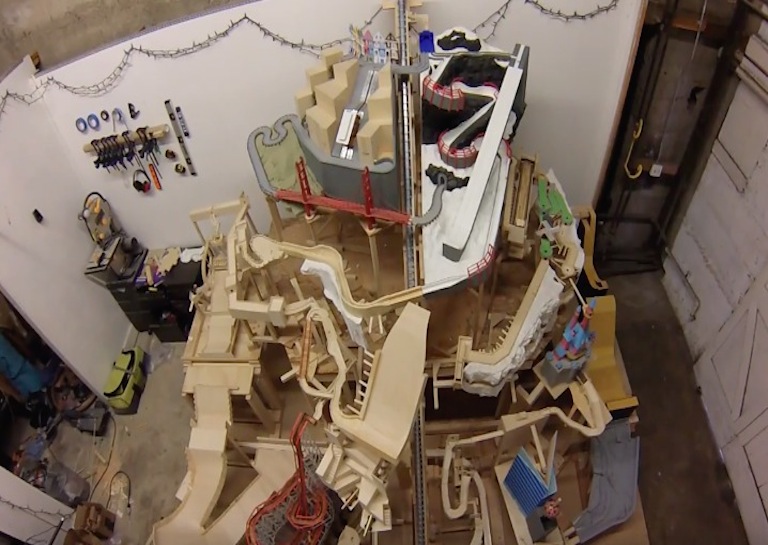 At any given time, the course will be moving up to 300 marbles all about, creating quite a noisy ruckus for anyone in the room. We're wondering if you could convert the machine into some form of torture device, where the sound of dropping marbles hitting wood would slowly turn the victim insane. Moving along to less diabolical uses, the mesmerizing marble mover is pretty fun to watch and it is probably one of the most complex homemade projects out there!

How to Make a Miniature Never-Ending Metal Marble Run