Another cyberattack caused the South Korean Youbit crypto exchange to go bankrupt. More people are questioning the security of cryptocurrencies.

As Bitcoin grows in popularity, you couldn't help but wonder what type of security risks would follow as the cryptocurrency surges to levels never seen before. In short, the more value that Bitcoin creates, the more appealing the currency will be to malicious hackers. Supporters of the currency tout its security and stability as a differentiating factor between it an traditional money.

However, that security has again been compromised.

South Korean cryptocurrency exchange, Youbit, was hacked for the second time this year causing it to go bankrupt.

Youbit is cryptocurrency exchange that allows people to buy and sell cryptocurrencies on their virtual market. Unfortunately, the Youbit have suffered from cyber attacks over the year. Just in April, the formerly called Yapizon company lost 73 million in cryptocurrencies to cyberpirates. Sadly, hacks like this have caused the Youbit team to file for bankruptcy. The company allegedly lost 17 percent of its value to cyber attacks.

Although there hasn't been any information released about the attackers, some are already pointing to North Korean cyberspies. In their most recent public statement, the Youbit group apologized to customers, and they plan on giving the customers back some of the value lost in the theft. On a lighter note, Youbit executives did mention that the hackers did not manage to steal all the digital cash that was securely stored in a "cold wallet." 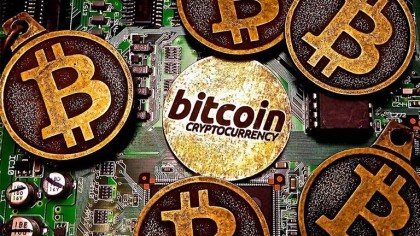 The Rise of the Cryptos

Bitcoin is one of many cryptocurrencies that have surged over the past year, to astronomical heights, but let's be clear, Bitcoin has left most of those currencies in the dust. Starting at a meager $880 in January of this year, the crypto soared well past $10000 within in the past month and well over $15000 in the few weeks, potentially approaching $20,000 in the next couple days. The growth has been fascinating to watch but has been met with criticism from analysts and critics alike. Most believe that the bubble will pop, some more optimistic spectators think the Bitcoin could be well over 500,000 by next year. That's the thing you will not know what will happen in the future but you can take care of the issues now. One of the major problems with Bitcoin, now, is security. It is a question that comes up time and time again.

The was not the first time, nor will it be the last for something like this to occur. Attacks like these could be even more destructive on larger cryptocurrency exchanges. As cryptocurrencies prove to be a lucrative investment opportunity, we are sure to see the rise of more cybercriminals. Just earlier this month $80 million U.S. dollars was stolen from a Slovenian mining exchange. How do you think we should deal with the current rise of crypto thieves?