Using the power of deep learning and the six sensors on smartphones, researchers were able to hack into an android phone by guessing the pin correctly.

Smartphones have pushed themselves into the center of our everyday lives. You probably bring your phone to bed, use it for navigation, or stare at it when you are in an awkward situation. Smartphones may be here to stay for a while. You might even hear someone say "my phone has my life on it," and the scary thing is, that is fairly accurate.

Not only do we save tons of photos and videos on our phone, but we save a lot of our financial and personal information on our phones. This makes our phones a target for hackers. Though the security measures to protect our phone data has greatly improved, the hackers have equally gotten better at stealing data. Recently, researchers have discovered that hackers could steal your phone's pin code using your phone's sensors. 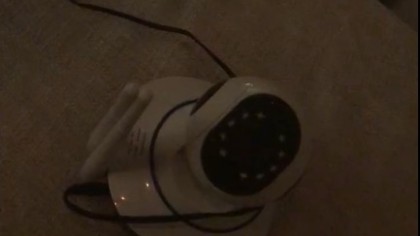 Utilizing the information provided from the six different sensors found in smartphones paired with machine learning algorithms, researchers at the Nanyang Technological University, Singapore (NTU) were able to unlock android phones with 99.5% percent. It is fair to mention the pins used on the phones were 50 of the most common pin numbers used by phone users. The previous record, using a different method, only held a 74 percent success rate.

So how was it done? Using an android phone, the researchers installed an app that collected information from the accelerometer, gyroscope, magnetometer, proximity sensor, barometer, and ambient light sensor in the phone. Beleive it or not every time you put in your secretive pin into your phone, these sensors can pick up those movements. As Dr. Bhasin, one of the project leads, states “When you hold your phone and key in the PIN, the way the phone moves when you press 1, 5, or 9, is very different. Likewise, pressing 1 with your right thumb will block more light than if you pressed 9."

With the power of deep learning, the algorithm on the phone collected data on both the pins entered on the phone as well as the relevant sensor reactions. The algorithm was able to learn, giving different weights to the sensors based on how aggressively the pin number was added to the phone. As scientists fed the phone more data in regards to "pin enter" the algorithm got better and better at opening the phones.

If you were to install a malicious app into someone's phone right off the back, but using an algorithm paired with deep learning, it might not take too long for you to have full access to someone's phone. Maybe it is time to find better methods to secure our data.