HBO can’t catch a break from hackers who struck again this week. The Game of Thrones Twitter account was compromised by hacker gang “OurMine” who posted a warning message to the account's 6 million followers. The message which has since been removed, read,

“Hi, OurMine are here, we are just testing your security. HBO team please contact us to upgrade the security - ourmine .org -> Contact,” 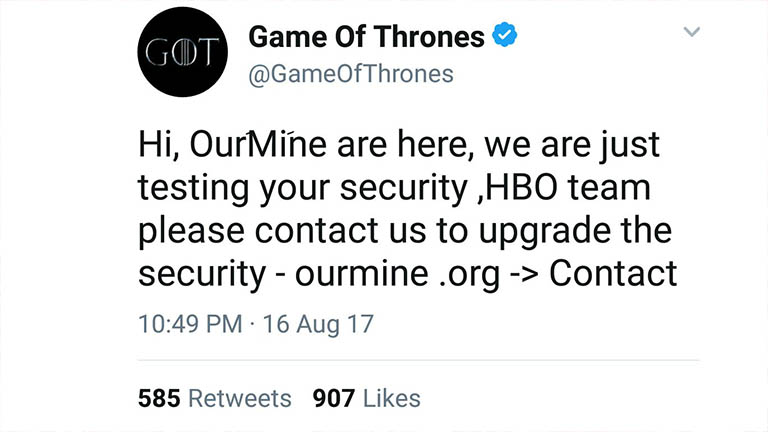 The hack comes as the latest in a string of attacks on the channel. A hacker going by the name, Mr. Smith, has asked the company to pay them roughly 6 million dollars are else they will release terabytes worth of stolen data including full-length tv shows and private executive emails. The company responded with a widely reported offer of $250, 000 USD. Both full Game of Thrones and Curb Your Enthusiasm episodes have been leaked so far.

OurMine refer to themselves as a ‘white hat’ group that work to alert companies and individuals to their security flaws, often in exchange for a work deal or bug bounty. The attack on the Game of Thrones twitter account must have sent HBO into a spin who are no doubt on full alert to security breaches. The tweet was deleted soon after posting. An HBO spokesperson has stated, they are “investigating’ the hack.

Exactly how OurMine gained access to HBO’s Twitter account is unknown but it may have been helped by leaks from previous hackers. In July more than 1.5TB of data was released that may have held some clue to the accounts.

The hackers responsible for this massive attack hit again last week dropping more super sensitive information about popular shows Game of Thrones and Westworld. The leaked information included filming schedules and plot summaries. The fuel dump was accompanied by the message from the anonymous hacker, saying, “If history repeats itself HBO may never be the same again. Winter really is here.” 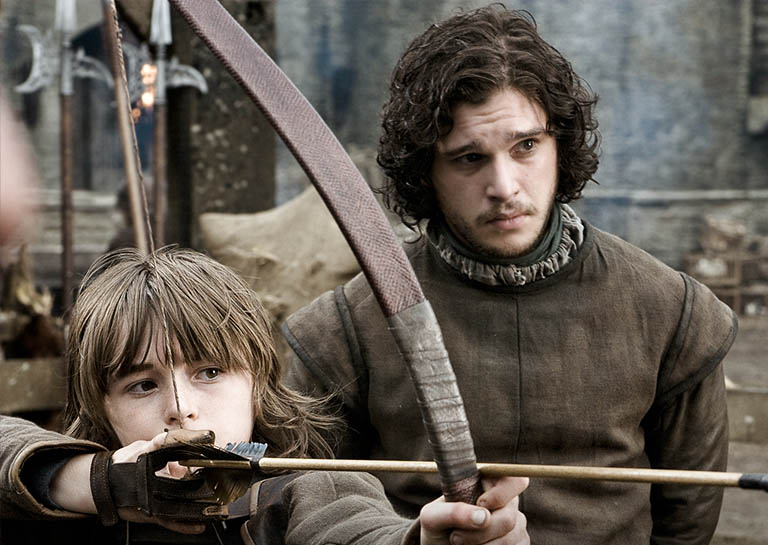 HBO declined to comment on the fresh leaks. It is unknown if HBO is negotiating with Mr.Smith who previously demanded more than 6 million dollars to stop the hacking. HBO did offer $250,000 asking the hacker for cooperation. The hack has been comprehensive, not only full unreleased episodes released, but personal contact details of Game of Thrones staff have been made public alongside HBO executive emails.

In a separate incident, HBO’s Nordic and Spanish sites inadvertently prematurely released the sixth episode of Game of Thrones season 7. HBO has blamed a third party vendor for this error.