Halfbike II is a Huge Improvement Over Predecessor

The Halfbike II is a big improvement over the Halfbike as it is more organic and sleek in form. Check it out..

The Halfbike was introduced to the world last year by Martin Angelov and Mihail Klenov. It was put on Kickstarter and enjoyed enormous success. Now the pair has teamed back up and designed a new version by the appropriate name of the Halfbike II and it’s a huge improvement with a more fluid look to it.

The Halfbike II still has the design that means the rider has to stand to ride it and when they pedal it drives the front wheel of the bike via a chain. There are two small wheels at the back for stability and steering is also managed through them as they allow the rider to move their weight which in turn pivots the wheels. The wheels at the back also act as the single brake on the stand-up trike. 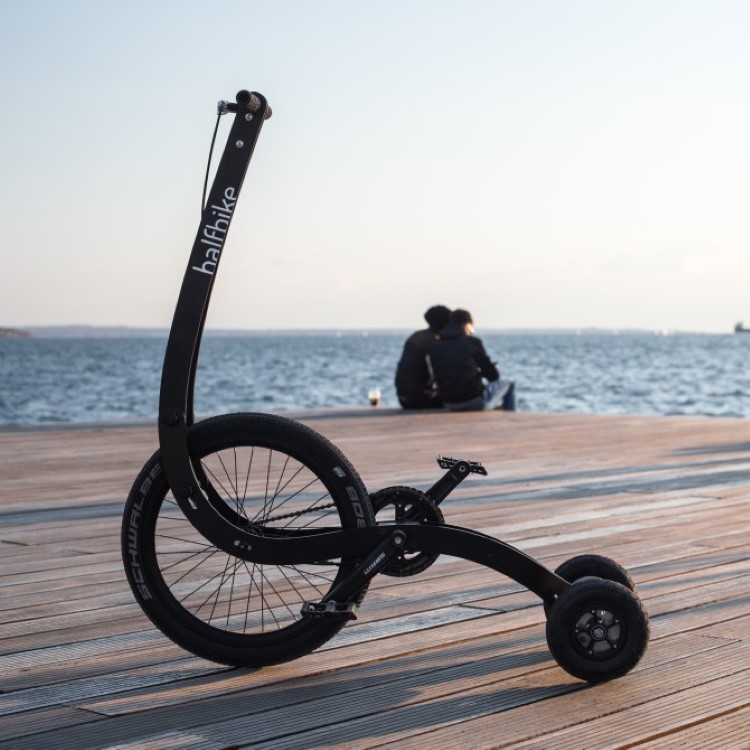 The broomstick handlebar of the original design has been re-worked and steering is now done with a narrow more traditional looking horizontal bar. The Halfbike II can be stored easily in the trunk of a car as the bar, along with the plywood section, fold down up against the aluminum frame. The whole shape of the Halfbike II is now more organic and sleeker looking compared to its predecessor. As you can see below, the folding mechanism makes the bike compact enough to fit two in the back of a car. 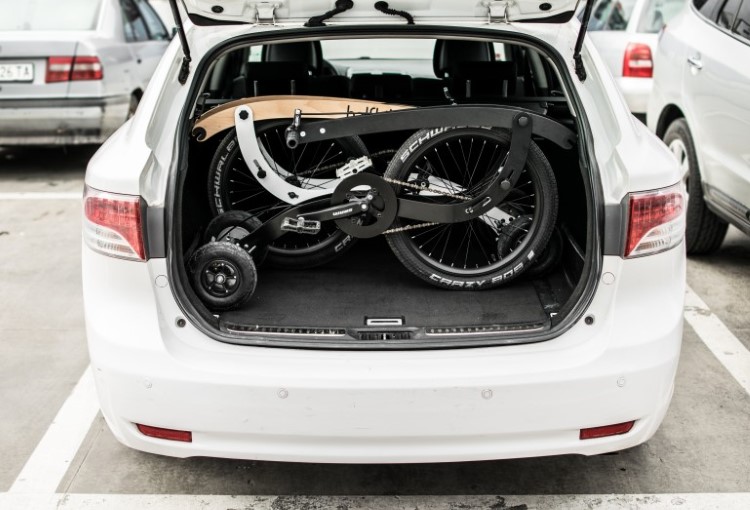 The Halfbike II has a weight of just 18 pounds and after the success of their original Kickstarter campaign, the team has turned to the crowdfunding source once again. At the moment the pair is raising funds to get mass production rolling and you can reserve one for a pledge of US$349. If and when the bike goes into production they will command a price tag of US$599 though so if you want one you best get in there quick. 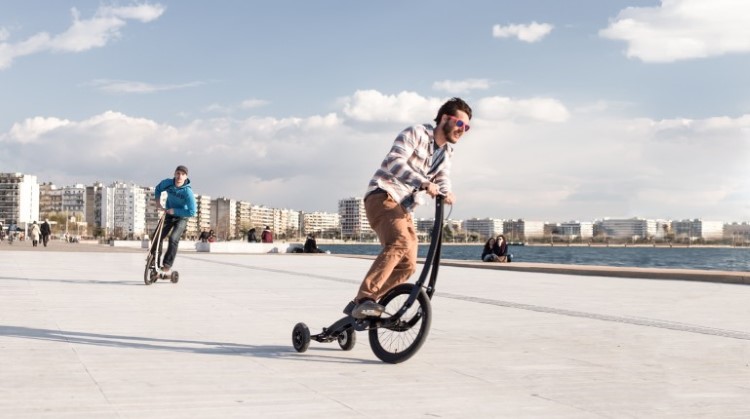