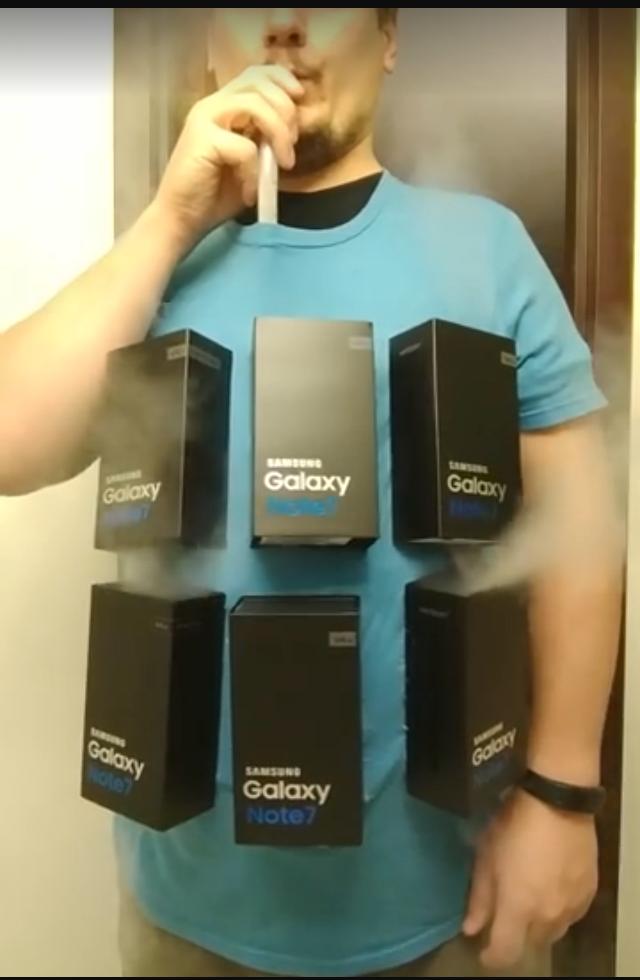 Just when the U.S. thought Ken Bone's red sweater would be the best Halloween costume, one man comes along and wins Halloween.

Samsung's avalanche of issues inspired Chris Kiley to craft the incredibly creative Exploding Galaxy Note 7 costume. He debuted his creation via Facebook, and it's going viral.

Using what appears to be a tube system under his shirt, Kiley blows smoke through the six Note 7 boxes strapped to his chest. We highly doubt he bought all six of them, and we get a gut feeling finding those boxes wouldn't be that difficult given the nation-wide recalls.

He should probably avoid all airports around Halloween though...

CO2 Is the Highest in 3.6 Million Years. Here’s the Tech to Fix It

World's First Wooden Satellite Could Be In Orbit This Year